2nd printing. Slight wrinkle to rear flyleaf. 2003 Trade Paperback. We have more books available by this author!. 681 pp., plus 28-page excerpt from The Day of Battle: Volume Two of The Liberation Trilogy. Winner of the Pulitzer Prize. The liberation of Europe and the destruction of the Third Reich is an epic story of courage and calamity, of miscalculation and enduring triumph. In this first volume of the Liberation Trilogy, Rick Atkinson shows why no modern reader can understand the ultimate victory of the Allied powers without a grasp of the great drama that unfolded in North Africa in 1942...
View More...

First edition. Near fine in good jacket. Light stain on rear jacket panel and flap. 1989 Hard Cover. We have more books available by this author!. xiii, 592 pp. This is the story of the twenty-five-year adventure of the generation of officers who fought in Vietnam. With novelistic detail, Atkinson tells the story of West Point's Class of 1966 primarily through the experiences of three classmates and the women they loved--from the boisterous cadet years and youthful romances to the fires of Vietnam, where dozens of their classmates died and hundreds more grew disillusioned, to the hard peace an...
View More...

The Vineyard of Liberty (The American Experiment, Volume I of III)

First edition. General minor wear to jacket. Ink date and place on front free endpaper. 1982 Hard Cover. We have more books available by this author!. xii, 741 pp. The first of a three-volume history of the United States of America, The Vineyard of Liberty covers the period from the framing of the Constitutions in 1787 to Lincoln's signing of the Emancipation Proclamation in 1863 & offers a brilliant interpretation of the American attempt to preserve liberty.
View More...

The Crosswinds of Freedom (The American Experiment, Volume III of III)

First trade edition. Minor general wear to jacket. Ink place and date on front free endpaper. 1989 Hard Cover. We have more books available by this author!. xi, 864 pp. The final volume of Burns's classic history of the American Experiment, from the election of FDR to the final days of the Cold War Crosswinds of Freedom is an articulate and incisive examination of the United States during its rise to become the world's sole superpower.
View More...

A very nice copy. Jacket lightly toned, general minor wear to jacket. 1987 Hard Cover. 222 pp. Contains excerpts from the noted historian's most celebrated works, including the Pulitzer Prize-winning A Stillness at Appomattox, showing his unique perspective and versatility with subjects as diverse as John McGraw and the Civil War.
View More...

First edition. Pencil marginalia. 2016 Hard Cover. We have more books available by this author!. 430 pp. Following on the heels of his New York Times bestselling novel Telegraph Avenue, Pulitzer Prize-winning author Michael Chabon delivers another literary masterpiece: a novel of truth and lies, family legends, and existential adventureand the forces that work to destroy us. In 1989, fresh from the publication of his first novel, The Mysteries of Pittsburgh, Michael Chabon traveled to his mothers home in Oakland, California, to visit his terminally ill grandfather. Tongue loosened by powerful ...
View More...

Across the Wide Missouri, with an Account of the Discovery of the Miller Collection

Multiple tears and chips to jacket edges, jacket previously mended with tape in multiple places. 1947 Hard Cover. xxvii, 483 pp. Includes section of 19 color plates by Alfred Jacob Miller, Charles Bodmer, and George Catlin. Winner of the Pulitzer Prize and the Bancroft Prize. Across the Wide Missouri tells the compelling story of the climax and decline of the Rocky Mountain fur trade during the 1830s. More than a history, it portrays the mountain fur trade as a way of business and a way of life, vividly illustrating how it shaped the expansion of the American West. Includes an account of the d...
View More...

Fourth printing. Small smudge on front jacket panel. 2007 Hard Cover. 339 pp. Pulitzer Prize for Fiction Winner. Oscar is a sweet but disastrously overweight ghetto nerd whofrom the New Jersey home he shares with his old world mother and rebellious sisterdreams of becoming the Dominican J.R.R. Tolkien and, most of all, finding love. But Oscar may never get what he wants. Blame the fuka curse that has haunted Oscars family for generations, following them on their epic journey from Santo Domingo to the USA. Encapsulating Dominican-American history, The Brief Wondrous Life of Oscar Wao opens our ...
View More... 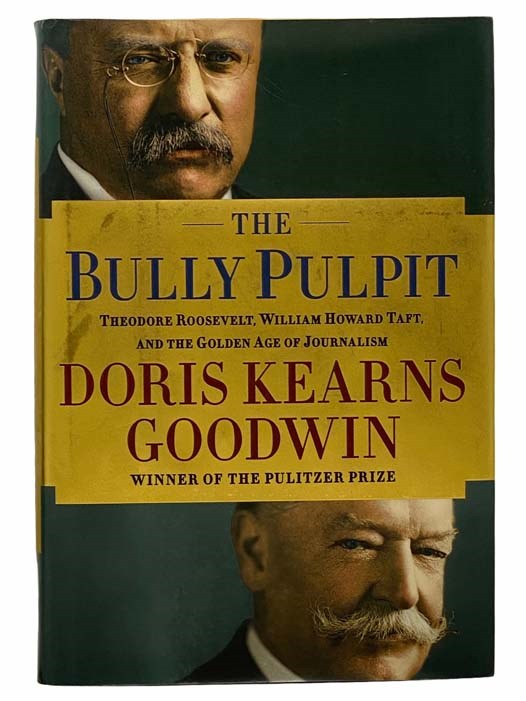 1976 Full-Leather. 287, [1] pp. 8vo. Light brown full leather, gilt titles and decorations, all edges gilt, silk moire endpapers, ribbon marker bound in. Foreword by Rose Kennedy. The original edition won the Pulitzer Prize for biography in 1957. In 1954-55, Senator John Kennedy's active role in the affairs of the nation was interrupted for the better part of a year by his convalescence from an operation to correct a disability incurred as skipper of a World War II torpedo boat. The Senator used his 'idle' hours to great advantage; he rediscovered, and did intensive research into, the courage ...
View More...

Book club edition. Top edge foxed, jacket edges taped. 1977 Hard Cover. 698 pp. 8vo. Winner of the National Book Award for history, The Path Between the Seas tells the story of the men and women who fought against all odds to fulfill the 400-year-old dream of constructing an aquatic passageway between the Atlantic and Pacific oceans. It is a story of astonishing engineering feats, tremendous medical accomplishments, political power plays, heroic successes, and tragic failures. McCullough expertly weaves the many strands of this momentous event into a captivating tale. Like his masterful, Pulit...
View More...

The Killer Angels: The Classic Novel of the Civil War

2nd printing of 1993 reissue. Remainder mark on top page edge. xix, [1], 374 pp. 8vo. A superb re-creation of the Battle of Gettysburg, but its real importance is its insight into what the war was about, and what it meant.--James M. McPherson, Author of Battle Cry of Freedom. In the four most bloody and courageous days of our nation's history, two armies fought for two dreams. One dreamed of freedom, the other of a way of life. Far more than rifles and bullets were carried into battle. There were memories. There were promises. There was love. And far more than men fell on those Pennsylvania fi...
View More...