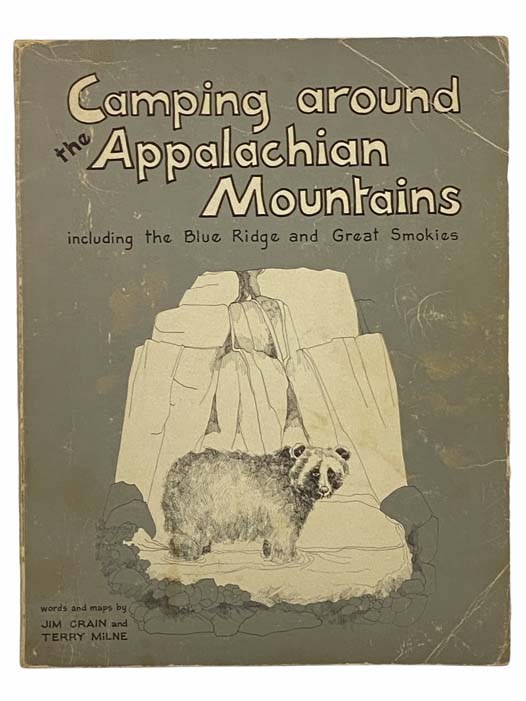 Camping around the Appalachian Mountains, Including the Blue Ridge and Great Smokies: Outdoor Exploring in Penn, WVa, Md, Va, Tenn, N Car, Ala, Ga and SCar 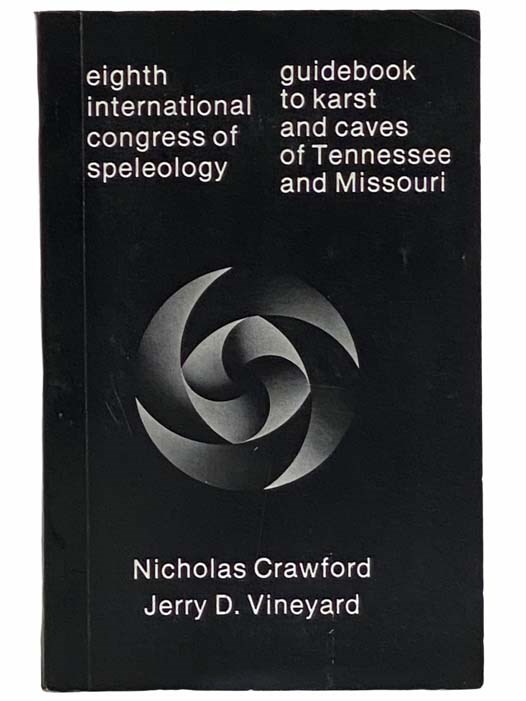 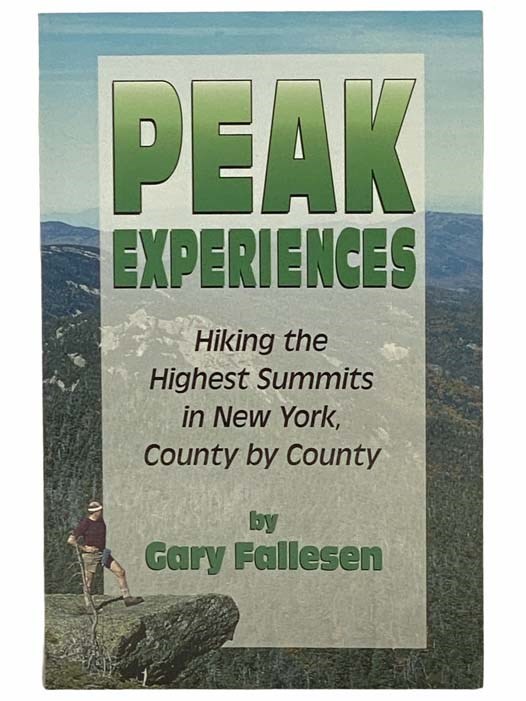 Smudge on page base. 2000 Trade Paperback. 288 pp. This guidebook, packed with pictures and maps, will lead you on a quest. Be the first (besides the author) to bag the highest point of each county of New York Statethere are 62 to be conquered. Some are barely molehills that can be driven by; others are significant mountain peaks that require an all-day climb. All promise the exhilaration of new discoveries. Can you name the highest point of the county where you live? Chances are good that you'll be wrong. As Gary Fallesen researched the summits he repeatedly came across experts who steered hi...
View More... 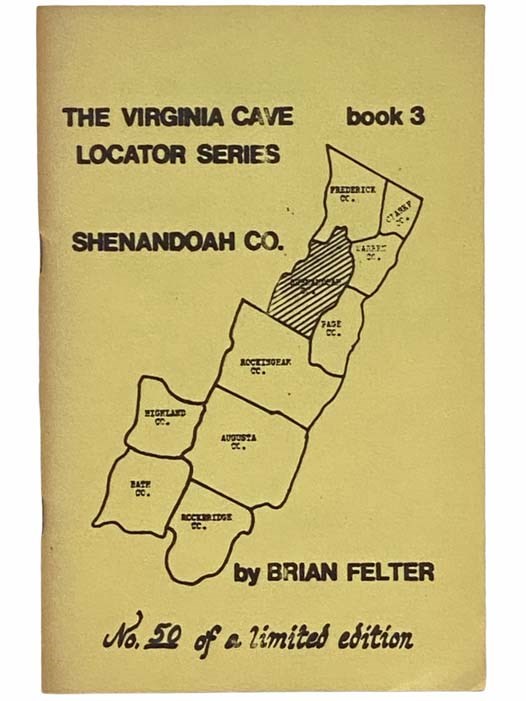 Limited edition. Light general wear. 1980 Stapled Binding. We have more books available by this author!. iv, 53 pp. The information is laid out in three parts: 1. The county map is first, with the caves generally located by numbers, which corresponds to the cave index listed on the next age. Listed behind each cave in the index are the page numbers for the location map and description. The cave maps are listed in the index at the bottom of the page, with their number. 2. The location and cave maps are next, showing the exact location of the caves and the cave maps of certain caves. 3. The desc...
View More... 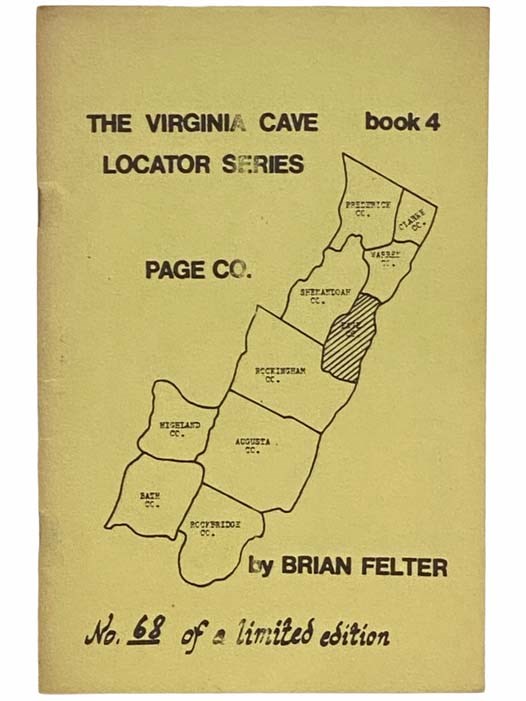 Limited edition. Minor general wear. 1980 Stapled Binding. We have more books available by this author!. iv, 35 pp. The information is laid out in three parts: 1. The county map is first, with the caves generally located by numbers, which corresponds to the cave index listed on the next age. Listed behind each cave in the index are the page numbers for the location map and description. The cave maps are listed in the index at the bottom of the page, with their number. 2. The location and cave maps are next, showing the exact location of the caves and the cave maps of certain caves. 3. The desc...
View More...

The Wildest Dream: Mallory - His Life and Conflicting Passions

First edition. Jacket spine slightly faded. 2000 Hard Cover. xiv, 306 pp. 8vo. A biography of the famous mountain climber, drawing on a wealth of new material. Biographies don't get any better than this. Supremely well researched and documented, erudite, and masterfully written, this book isn't so much about what happened to Mallory in 1924 when he and his climbing partner Irvine disappeared in the mists of Mt. Everest, but rather it seeks the answer to another, almost more fascinating question: who was this man Mallory? This is the book to read to find the answer.
View More... 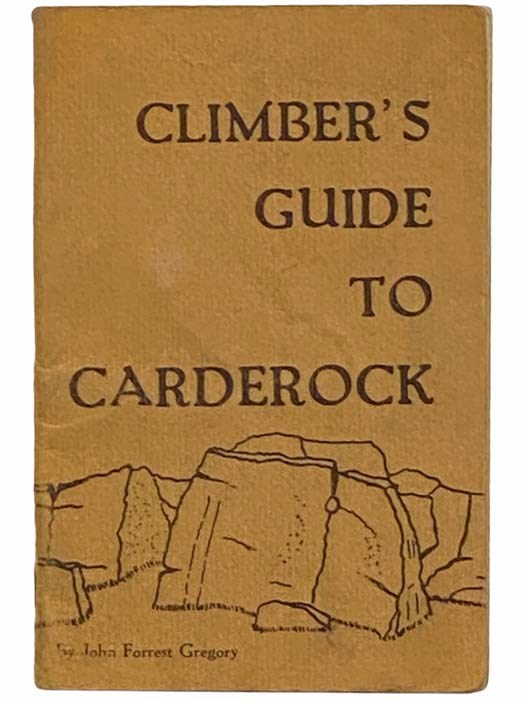 First edition. Pages faintly toned. 1999 Large Hardcover. 205 pp. Unravels one of the most puzzling and compelling adventure mysteries of all time. On June 6, 1924, George Leigh Mallory and Andrew Comyn Irvine were only a few hundred feet short of becoming the first men to reach the highest spot on earth when they simply walked into the mist, never to be seen again. Did they reach the summit of Mount Everest - nearly three decades before Edmund Hillary and Tenzing Norgay? This is the meticulous report of both the 1924 British Expedition and the 1999 Mallory & Irvine Research Expedition which f...
View More...

The Ascent of Everest

1993 reissue of 1953 original. Remainder mark, light stain to page-base. xvi, 280 pp. Hunt gives a detailed account of his 1953 ascent to the summit discussing planning and preparation, the motivations behind the attempt, and factors that contributed to the two mens' success.
View More...

An Innocent on Everest

First edition. A very nice copy. Quarter inch chip to top edge of jacket spine and to top edge of jacket, a few minor chips to jacket edges. 1954 Hard Cover. 319 pp. For readers of the mountain-climbing fraternity- and circumstances have proved their number to be large- this will be classed as only secondarily a mountain climbing book, for Izzard, while compassing a difficult ascent reached what he calls the foot of Everest and then turned back to sit it out at Katmandu. But other readers who demand less of the mountain aspects and more of straight travelogue, will enjoy the greater part of th...
View More...

Ink initials on blurb page. 2015 Trade Paperback. 387 pp. The Rocky Mountains have cast their spell over the Courtlands, who are taking a family vacation before their daughter leaves for college. But when Caitlin and her younger brother, Sean, go out for an early morning run and only Sean returns, the mountains become as terrifying as they are majestic. Written with a precision that captures every emotion, every moment of fear, as each member of the family searches for answers, Descent races like an avalanche toward its heart-pounding conclusion.
View More...

Appalachian Trail Stories and Other Adventures: Living Your Dreams at 60 and Beyond

Signed by author with inscription, Happy adventures to you Alicia. Minor general wear. 2013 Trade Paperback. 56 pp. Emily Kimball is an adventurer and motivational speaker who provides entertaining presentations and workshops to challenge people to reassess their risk taking and inspire them to make their dreams happen. This book features nine stories from the author's thru-hike on the Appalachian Trail completed at age 70, hiking trips in the High Sierras at age 76, and an Elderhostel wilderness canoe trip on the Allagash River in Maine at age 78. Known as the Aging Adventurer, Ms. Kimball ov...
View More... 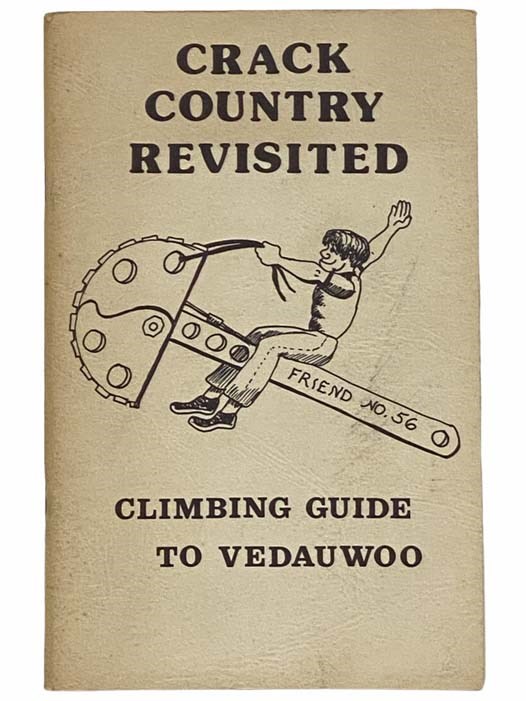 Wrappers lightly soiled, title page faintly foxed, sticker remains on title page. 1982 Stapled Binding. 66 pp. Vedauwoo (/?vi?d?vu?/) is an area of rocky outcrops (Sherman Granite) located in southeastern Wyoming, United States, north of Interstate 80, between Laramie and Cheyenne. Its name, according to some, is a romanized version of the Arapaho word bito'o'wu meaning earth-born. The area is within Medicine Bow - Routt National Forest and includes a day-use picnic area and an overnight campground. Vedauwoo is a popular climbing area. Interstate 80 passes just south of the main rock outcroppi...
View More...

The Opening of Tibet: An Account of Lhasa and the Country and People of Central Tibet and of the Progress of the Mission Sent There by the English Government in the Year 1903-4

The Madman of Mount Everest (A Barry Ross International Mystery)

First edition. A paperback original. Faint smudge to top page ridge. 2000 Trade Paperback. 296 pp. A madman, convinced that Buddhism is a heathen religion, sets out to destroy the sanctity of the religion and its most visited sites. Murders at a monastery at the foot of Mount Everest and at the largest Buddhist stupa in Indonesia scare tourists away from these inspiring sites. International investigator Barry Ross is on the case, following the murderer through the Himalayas. This fast-paced mystery allows an in-depth look at Indonesian arts, Nepalese customs, and Buddhism, with the morning mis...
View More...

In the World's Attic

First edition. Includes fold-out map. A few faint spots on front board, ink stamp and brief note on when book was read on front flyleaf. 1931 Hard Cover. xxii, 259 pp. 8vo. Original red cloth, gilt titles. Illustrated with color plates. An account of the author's travels in the Himalayan mountains in the early 20th century, when this part of the world was largely unknown to western adventurers. Following the text is a four-panel fold-out map of the author's route from India to Tibet.
View More...

First edition. Jacket lightly rubbed. Top page ridge lightly foxed. 1971 Hard Cover. xiv, 384 pp. James Jackson Putnam was an established sixty-three-year-old Boston physician and Harvard professor of neurology when he and William James traveled to Clark University to hear Sigmund Freud's lectures on psychoanalysis. Putnam had become interested in psychoanalytic theory three years earlier in 1906; and, in 1908, his interest had been renewed when he met Freud's first English-speaking follower, twenty-eight-year-old Ernest Jones. It still surprised and even disturbed his friends, however, when P...
View More...

To the Last Breath: A Memoir of Going to Extremes

First edition. A very nice copy. 2012 Hard Cover. 252 pp. A journey to the most extreme points on Earth and deep inside the human spirit. Before Georgetown physics professor Francis Slakey set out to climb the highest mountain on every continent and surf every ocean, he had shut himself off from other people. His lectures were mechanical; his relationships were little more than ways to fill the evenings. But as his journey veered dangerously off course, everything about him began to change. A gripping adventure of the body and mind, To the Last Breath depicts the quest that leads Slakey around...
View More...

Scrambles Amongst the Alps: In the Years, 1860-1869 (National Geographic Adventure Classics)

2002 reissue of 1871 original. A very nice copy. xvii, 414 pp. When he first saw the Alps in 1860, Edward Whymper was a 20-year-old English wood engraver whose dream was to become an arctic explorer. Ambitious and hungry for adventure, he fell in love with the challenge the Alps presented and set out to conquer them peak by peak. Whymper made quick work of the challenge, racking up dozens of first ascents and acquiring a reputation as one of the best in the nascent field of mountaineering. But on the Matterhorn, considered to be mountaineering's Holy Grail at the time, Whymper met with failure...
View More...

Scrambles amongst the Alps, and Down the Rhine

Rear board and edges stained, all silver from front board decoration rubbed away. 1890 Hard Cover. Two books in one volume: 164; 75, [1] pp. Brown cloth, silver & gilt titles & decorations, gilt page ridges. Whymper's narrative details attempts to scale the Matterhorn and other peaks in the Swiss Alps. Murphy's recounts a trip down the Rhine River, with descriptions and illustrations of various points of interest, including many notable examples of architecture (Heidelberg Castle, etc.). Numerous engravings throughout.
View More...