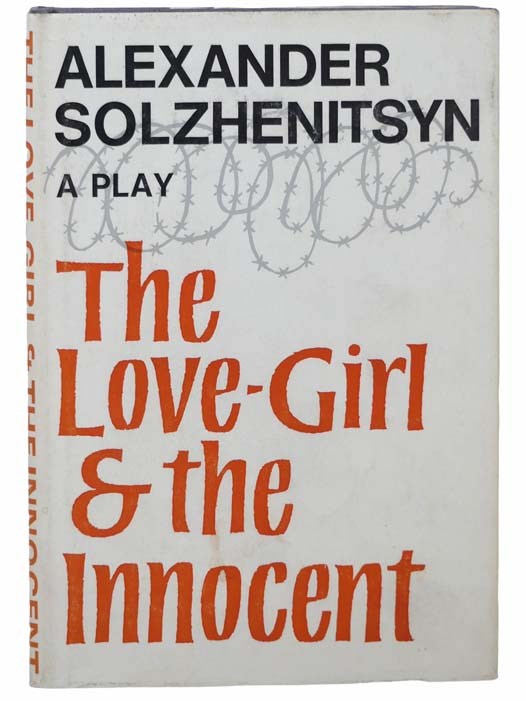 First edition. Front jacket flap price-clipped. 1969 Hard Cover. 131 pp. The action of this four-act play is set in a Stalinist labour camp similar to the one where Solzhenitsyn himself served an eight-year term. The Innocent of the title is a new prisoner who doesn't know what's what or how to survive. He falls in the with a girl (love-girl is camp slang for a girl who sells her favours for privileges or extra rations) who warns him that in the labour camp integrity is the passport to death. He tries desperately to keep his honour and self-respect; she tries to convince him that to survive on...
View More...