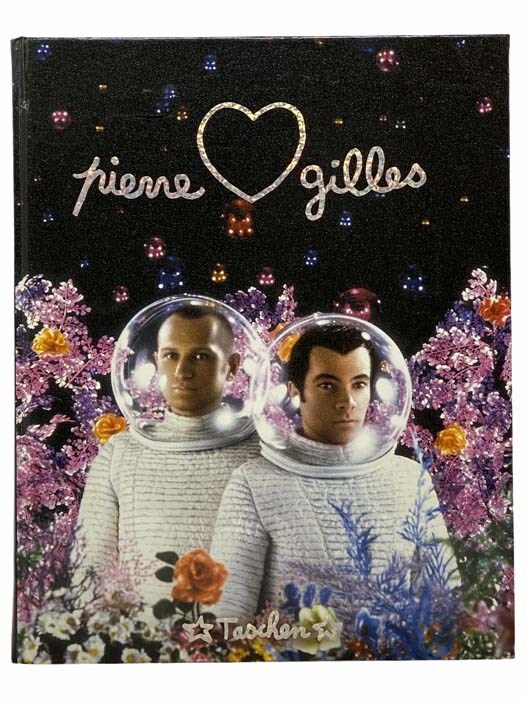 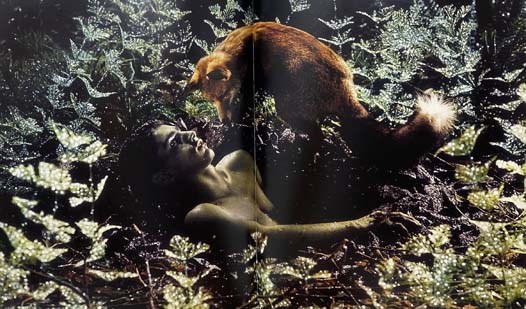 First edition. No jacket. Minor general wear. 2007 Large Hardcover. 459 pp. English, French, and German text. Introduction by Jeff Koons. Kings of cult and pop. Pierre et Gilles create dreamy portraits that transport their subjects--as well as the viewers--into an alternate world where camp, pop, burlesque, religion, and eroticism mingle in perfect harmony. Creating the sets themselves, and with Pierre as photographer and Gilles as painter/elaborator, they create one-of-a-kind artworks of an unmistakably original style. A host of stars has passed before their lens, such as Iggy Pop, Madonna, Marc Almond, Nina Hagen, Catherine Deneuve, Laetitia Casta, Marilyn Manson, Mireille Mathieu... though many of their portraits also feature unknowns. Marking the 30th anniversary of their collaboration, the Jeu de Paume in Paris is hosting a retrospective of their work from June to September, 2007. Much more than just an exhibition catalog, this book brings together all of the 130 works included in the exhibition as well as an additional 170 pieces focusing on the past ten years. Also included is a tribute text by the artist Jeff Koons. What better way to (re)discover the work of Pierre et Gilles?

The Western Country in the 17th Century: The Memoirs of Lamothe Cadillac and Pierre Liette (The Lakeside Classics, Vol. 45)