Gotta Have 'Em: Portraits of Women

First trade edition (following the limited edition of 100 copies), one of 5000 copies. Includes publisher's slipcase. Slipcase still partially in plastic wrap. 2002 Hard Cover. We have more books available by this author!. [224] pp. 'He's been called a genius and a world-class malcontent.' R. Crumb, the visionary founder of the underground comics movement and unwilling hipster to multiple generations, celebrated for his viciously funny take on modern America, is also lauded as a draughtsman on par with Breughel. For the first time ever, his drawings of women are collected in one brilliantly offensive yet hilariously poignant volume, in chronological order, spanning the 38 years since his pen-and-ink beginnings. The usual fetishes are on display, natch--the built-from-the-ground-up body type, the lovingly fixated-upon solid thighs and buttocks--but so is Crumb's heart, on his sleeve, in the great tenderness with which he has rendered the women in his life. They're all here: his high-school crushes, his paramours, the girls and women who tormented him--and to whom he gave it right back--or who caught his eye on the street, and, of course, his wife and fiery sometime collaborator, Aline, and their daughter Sophie. Add to this his mistress of fifteen years, and you have not only a catalogue raisonne of Crumb's portraits of women but also a revealing record of a passionate life. Crumb calls it an autobiography of sorts and it is--these aren't just portraits of women but the most intimate portrait of Crumb's life in love. Words of wisdom from R. Crumb hisself (sic): All my life I've loved women and hated 'em at the same time, often at the exact same moment! I realized I was a geek and I wasn't going to make it with the girls. I felt so painfully isolated that I vowed I would get revenge on the world by becoming a famous cartoonist. The only burning passion I'm sure I have, is the passion for sex. My personal obsession for big women interferes with some people's enjoyment of my work. I knew it was weird and disturbing and even offensive to a lot of people, particularly women. But I couldn't keep it out of the comics. I would always try to give it some sort of metaphorical sense because I derived such masturbatory pleasure out of drawing these women in bizarre situations with these little guys doing stuff to them.

A Student in Arms 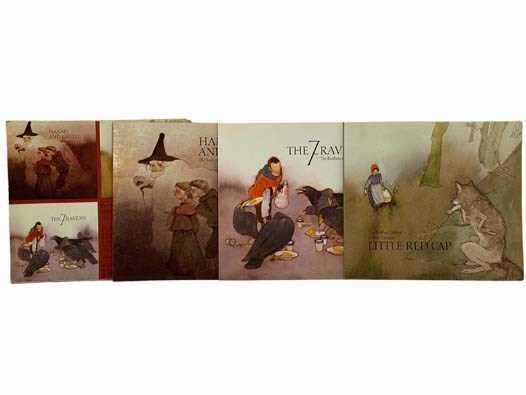 By: The Brothers Grimm

Gotta Have 'Em: Portraits of Women