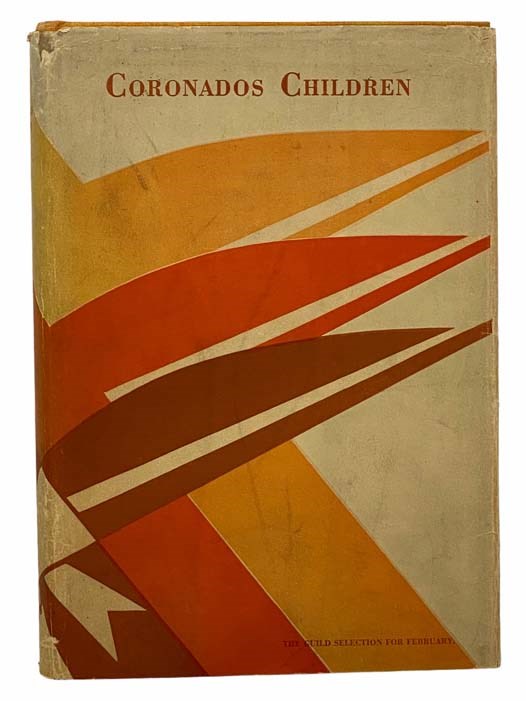 Coronados Children: Tales of Lost Mines and Buried Treasures of the Southwest

Jacket edges rubbed and taped on reverse. 1931 Hard Cover. xv, 367 pp. Written in 1930, Coronado's Children was one of J. Frank Dobie's first books, and the one that helped gain him national prominence as a folklorist. In it, he recounts the tales and legends of those hardy souls who searched for buried treasure in the Southwest following in the footsteps of that earlier gold seeker, the Spaniard Coronado. These people, Dobie writes in his introduction, no matter what language they speak, are truly Coronado's inheritors.... l have called them Coronado's children. They follow Spanish trails, buffalo trails, cow trails, they dig where there are no trails; but oftener than they dig or prospect they just sit and tell stories of lost mines, of buried bullion by the jack load... This is the tale-spinning Dobie at his best, dealing with subjects as irresistible as ghost stories and haunted houses.

Title: Coronados Children: Tales of Lost Mines and Buried Treasures of the Southwest

Folk Tales of All Nations

Indian Time: A Year of Discovery with the Native Americans of the Southwest

Some Strange Corners of Our Country: The Wonderland of the Southwest

The Georgian Locomotive: Some Elegant Steam Motive Power in the South and Southwest, 1918-1945 -- An Episode in American Taste

The Evolution of the Calusa: A Nonagricultural Chiefdom on the Southwest Florida Coast

The Evolution of the Calusa: A Nonagricultural Chiefdom on the Southwest Florida Coast

Coronados Children: Tales of Lost Mines and Buried Treasures of the Southwest