The Climax of a World Quest: The Story of Puget Sound, the Modern Mediterranean of the Pacific

No jacket. Top page ridge lightly foxed, light stain on bottom page ridge, pages faintly toned. 1927 Hard Cover. 226 pp. Green cloth boards with gilt title on spine and on front board. Decorated endpapers. Includes two maps. Puget Sound (/?pju?d??t/) is a sound of the Pacific Northwest, an inlet of the Pacific Ocean, and part of the Salish Sea. It is located along the northwestern coast of the U.S. state of Washington. It is a complex estuarine[3] system of interconnected marine waterways and basins, with one major and two minor connections to the open Pacific Ocean via the Strait of Juan de FucaAdmiralty Inlet being the major connection and Deception Pass and Swinomish Channel being the minor. Water flow through Deception Pass is approximately equal to 2% of the total tidal exchange between Puget Sound and the Strait of Juan de Fuca.[1] Puget Sound extends approximately 100 miles (160 km) from Deception Pass in the north to Olympia in the south. Its average depth is 450 feet (140 m)[4] and its maximum depth, off Jefferson Point between Indianola and Kingston, is 930 feet (280 m). The depth of the main basin, between the southern tip of Whidbey Island and Tacoma, is approximately 600 feet (180 m).[1] In 2009, the term Salish Sea was established by the United States Board on Geographic Names as the collective waters of Puget Sound, the Strait of Juan de Fuca, and the Strait of Georgia. Sometimes the terms Puget Sound and Puget Sound and adjacent waters are used for not only Puget Sound proper but also for waters to the north, such as Bellingham Bay and the San Juan Islands region.[5] The term Puget Sound is used not just for the body of water but also the Puget Sound region centered on the sound. Major cities on the sound include Seattle, Tacoma, Olympia, and Everett. Puget Sound is also the third-largest estuary in the United States, after Chesapeake Bay in Maryland and Virginia, and San Francisco Bay in Northern California.[6]--Wikipedia

Title: The Climax of a World Quest: The Story of Puget Sound, the Modern Mediterranean of the Pacific

Over the Range to the Golden Gate: A Complete Tourist's Guide to Colorado, New Mexico, Utah, Nevada, California Oregon, Puget Sound, and the Great Northwest 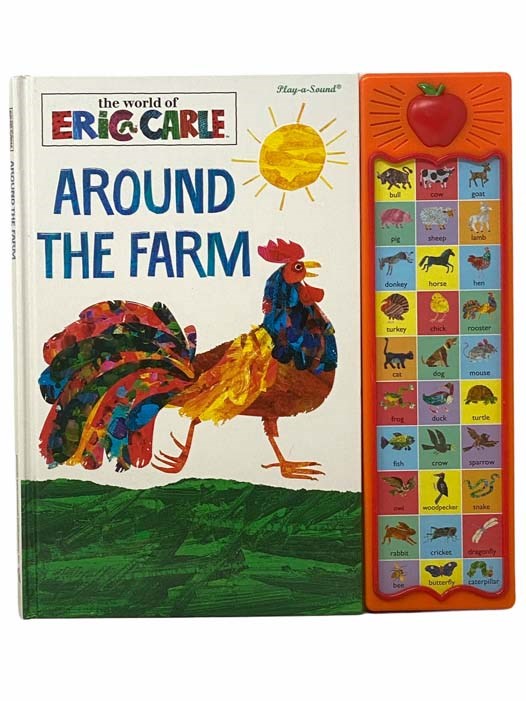 The World of Eric Carle: Around the Farm (Play-a-Sound)

A Voyage of Discovery, Made Under the Orders of the Admiralty, in His Majesty's Ships Isabella and Alexander, for the Purpose of Exploring Baffin's Bay, and Enquiring into the Probability of a North-West Passage. In Two Volumes.

Kate Mulhall: A Romance of the Oregon Trail

The Climax of a World Quest: The Story of Puget Sound, the Modern Mediterranean of the Pacific