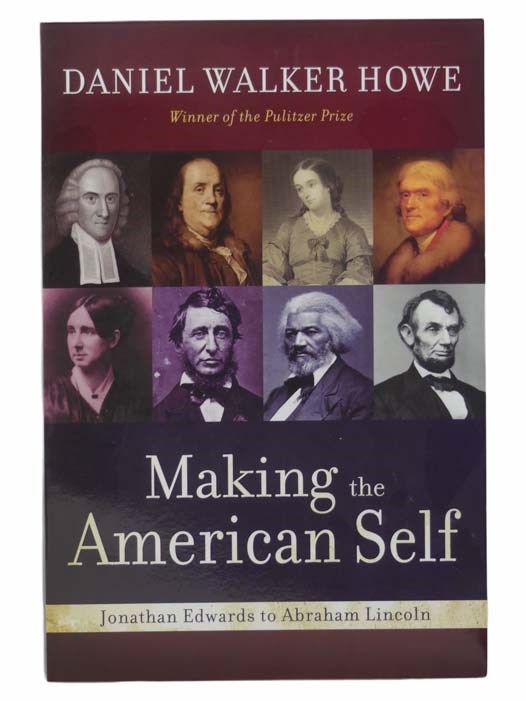 Making the American Self: Jonathan Edwards to Abraham Lincoln

A nice copy. 2009 Trade Paperback. We have more books available by this author!. 342 pp. One of the most precious liberties Americans have always cherished is the ability to make something of themselves--to choose not only an occupation but an identity. Examining works by Benjamin Franklin, Jonathan Edwards, Abraham Lincoln, Frederick Douglass, Henry David Thoreau, Ralph Waldo Emerson, Margaret Fuller, and others, Howe investigates how Americans in the 18th and 19th centuries engaged in the process of self-construction, self-improvement, and the pursuit of happiness. He explores as well how Americans understood individual identity in relation to the larger body politic, and argues that the conscious construction of the autonomous self was in fact essential to American democracy--that it both shaped and was in turn shaped by American democratic institutions. The thinkers described in this book, Howe writes, believed that, to the extent individuals exercised self-control, they were making free institutions--liberal, republican, and democratic--possible. And as the scope of American democracy widened so too did the practice of self-construction, moving beyond the preserve of elite white males to potentially all Americans. Howe concludes that the time has come to ground our democracy once again in habits of personal responsibility, civility, and self-discipline esteemed by some of America's most important thinkers. Erudite, beautifully written, and more pertinent than ever as we enter a new era of individual and governmental responsibility, Making the American Self illuminates an impulse at the very heart of the American experience.

Title: Making the American Self: Jonathan Edwards to Abraham Lincoln

The Great Comeback: How Abraham Lincoln Beat the Odds to Win the 1860 Republican Nomination

Lincoln: A Life of Purpose and Power

Making the American Self: Jonathan Edwards to Abraham Lincoln