First edition. 2007 Hard Cover. xxxii, 544 pp. William Wells has the distinction of being one of the few men to rise from the rank of private to brevet major general. Through Wells letters, the reader will become familiar with the inner workings of one of the most successful cavalry regiments in the Civil War capturing 39 cannon, three flags, and 1,000 prisoners in the course of 73 engagements. This new primary source material is appealing to those with various interests in the Civil War outside Wells and the 1st Vermont Cavalry. Wells was captured by Confederate Colonel John Mosby on March 17, 1863, near Herndon, Virginia. Wells was a prisoner of war for seven weeks, spending most of that time at Libby Prison. At Gettysburg, Wells and General Elon Farnsworth rode side by side into the ill-fated July 3, 1863, dash into the Confederate right flank, for which Wells earned the Medal of Honor in that gallant and futile charge. Wells and the regiment also served valiantly in Grant's 1864 Overland Campaign and at Cedar Creek in the Shenandoah Valley on October, 19, 1864. By the last year of the war he was a brigade commander and Major General George Armstrong Custer's right hand man. This book not only gives new insight to Custer through Wells eyes, but other Civil War figures such as Farnsworth, Wilson, Mosby, and Kilpatrick. At first, the letters are written to Wells parents and friends until mid-1863 when he commenced writing to Friend Anna Richardson. At the time Wells was 25 years old. Anna responded positively. The reader can see the relationship develop to the point of marriage in these letters. In one of Wells first letters, he relates how he was almost captured for a second time, but was able to escape only after the loss of his horse and wallet that contained $125. Anna writes of her memories of the short time they had together. The letters compel the reader to see what is written next in this budding relationship and their longing to be together. On a furlough home in January 1865, Wells and Anna became engaged during a sleigh ride the only time they were together since the commencement of their correspondence. In 1865, Wells commanded a brigade that consisted of the 8th New York, 15th New York, 3rd Indiana, and 1st Vermont. In the engagement at Waynesboro, Virginia, on March 2, the brigade captured 15 battle flags while eliminating Confederate General Jubal Early's command. Two days later Anna received a ring, and on March 8, she scrawled her vows in a letter to Wells. At the Battle of Five Forks, Wells wrote Anna that his clothes had six holes made by bullets and that he was hit by a spent piece of shell. On April 3, Wells brigade routes the Confederate Brigade of General Rufus Barringer at Namozine Church. At Appomattox Station on April 8, Wells men were in the thick of the fight capturing a large number of Confederate soldiers and cannon. Then, at Appomattox Court House on April 9th, his men were engaged in some of the last fighting that fateful day when the truce flags are sent out by Lee s army. Following the Appomattox Campaign, Wells was commissioned a full brigadier general and took command of the division, and he mustered out of service on January 15, 1866, and married Anna three days later. Hoffman leaves Wells letters the way they were originally written. Furthermore, nothing has been omitted from the letters to make them politically correct for today's world. War and romance combine to make an intriguing and unique primary source account. 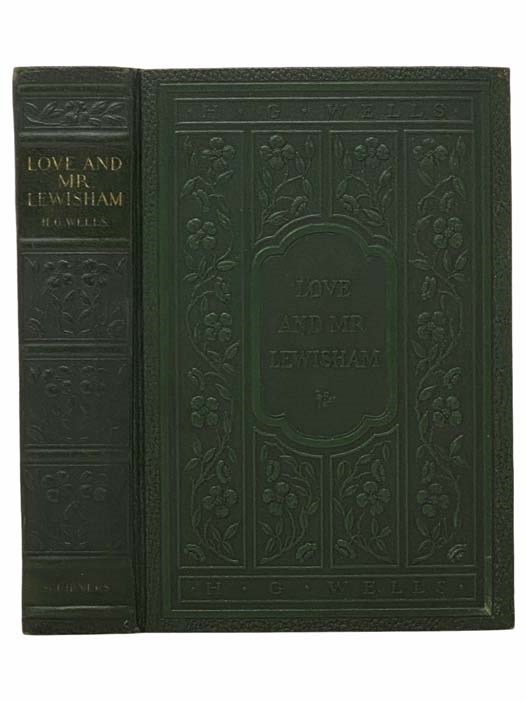 Love and Mr. Lewisham: The Story of a Very Young Couple 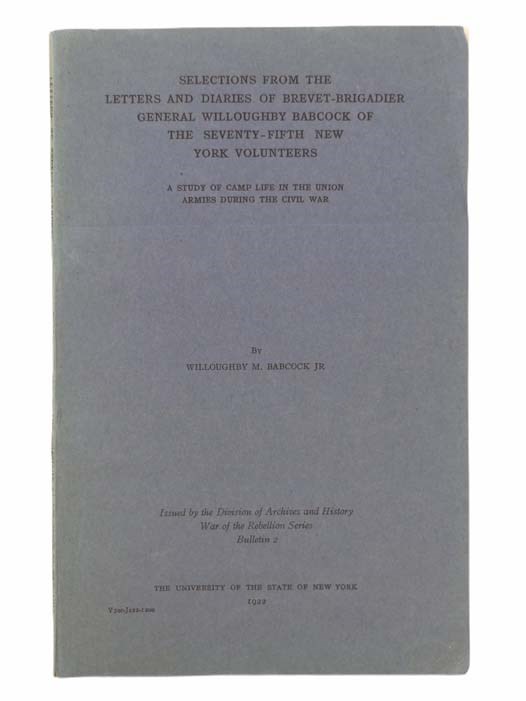 Selections from the Letters and Diaries of Brevet-Brigadier General Willoughby Babcock of the Seventy-Fifth New York Volunteers: A Study of Camp Life in the Union Armies during the Civil War (War of the Rebellion Series, Bulletin 2)

The Outline of History, in Two Volumes - Being a Plain History of Life and Mankind, Revised and Brought Up to the End of the Second World War