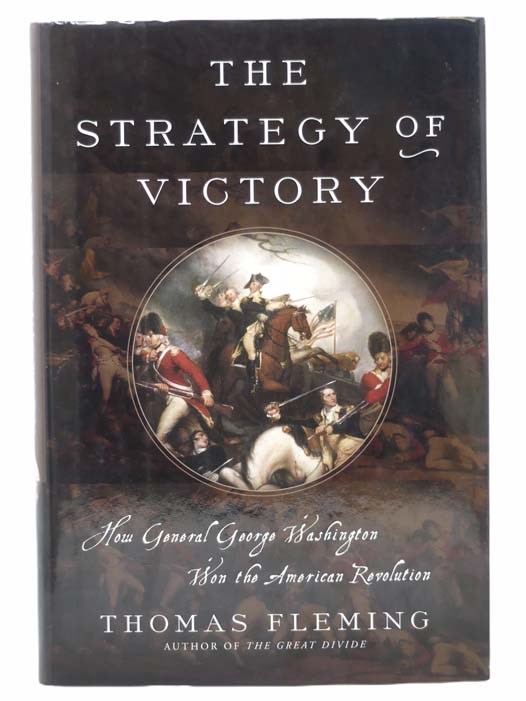 The Strategy of Victory: How General George Washington Won the American Revolution

First edition. 2017 Hard Cover. 310 pp. Black-and-white reproductions of historical illustrations and portraits. A sweeping and insightful grand strategic overview of the American Revolution, highlighting Washington's role in orchestrating victory and creating the US Army Led by the Continental Congress, the Americans almost lost the war for independence because their military thinking was badly muddled. Following the victory in 1775 at Bunker Hill, patriot leaders were convinced that the key to victory was the home-grown militia--local men defending their families and homes. But the flush of early victory soon turned into a bitter reality as the British routed Americans fleeing New York. General George Washington knew that having and maintaining an army of professional soldiers was the only way to win independence. As he fought bitterly with the leaders in Congress over the creation of a regular army, he patiently waited until his new army was ready for pitched battle. His first opportunity came late in 1776, following his surprise crossing of the Delaware River. In New Jersey, the strategy of victory was about to unfold. In The Strategy of Victory, preeminent historian Thomas Fleming examines the battles that created American independence, revealing how the creation of a professional army worked on the battlefield to secure victory, independence, and a lasting peace for the young nation.

Title: The Strategy of Victory: How General George Washington Won the American Revolution

The Memory of Washington; With Biographical Sketches of His Mother and Wife. Relations of Lafayette to Washington; with Incidents and Anecdotes in the Lives of the Two Patriots.

The Strategy of Victory: How General George Washington Won the American Revolution