First thus. Jacket edges lightly bumped. 1980 Hard Cover. 208 pp. New translation with color plates and illustrations. Julius Caesar was for a few years the undisputed master of the Roman world -- devoted to expanding Roman supremacy and his own fame. THE BATTLE FOR GAUL contains seven books of Caesar's Commentaries on his campaign in Gaul from 58 to 50 B.C. in their original narrative sequence. These unparalleled accounts of war in Western Europe in the closing years of the Roman republic are clear and exciting. We feel the immediacy of the moment as we listen to Caesar's dramatic story of his daring expedition into Germany and unprecedented bridging of the Rhine, the decimation of two Roman legions in a forest ambush, and the heroic last defense of 80,000 Gauls in central France.

Title: The Battle for Gaul: A New Illustrated Translation

The Commentaries of Caesar (Ancient Classics for English Readers) 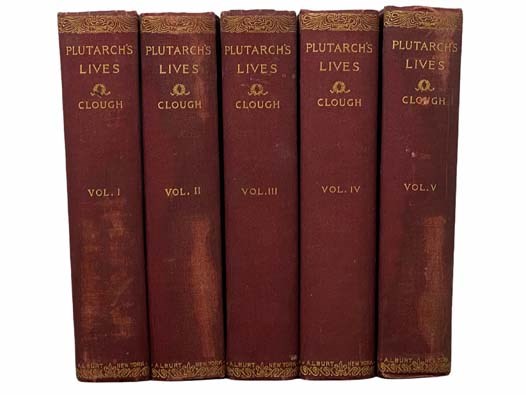 Plutarch's Lives: The Translation Called Dryden's, Corrected from the Greek and Revised, in Five Volumes