1970 reissue of 1783 original. No jacket. Top page ridge very faintly foxed. 260 pp. General Sir Henry Clinton, KB (possibly 16 April 1730 23 December 1795) was a British army officer and politician who sat in the House of Commons between 1772 and 1795. He is best known for his service as a general during the American War of Independence. First arriving in Boston in May 1775, from 1778 to 1782 he was the British Commander-in-Chief in North America. In addition to his military service, due to the influence of his cousin Henry Pelham-Clinton, 2nd Duke of Newcastle, he was a Member of Parliament for many years. Late in life he was named Governor of Gibraltar, but died before assuming the post. 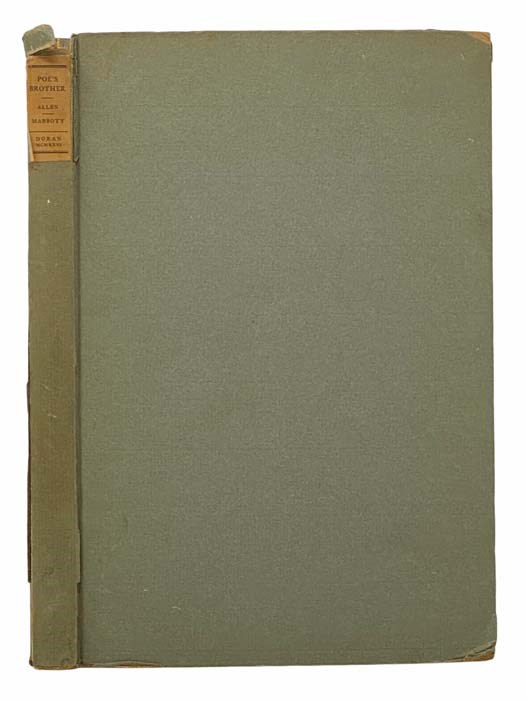 Poe's Brother: The Poems of William Henry Leonard Poe, Elder Brother of Edgar Allan Poe Together with a Short Account of His Tragic Life an Early Romance of Edgar Allan Poe and Some Hitherto Unknown Incidents in the Lives of the Two Poe Brothers