First edition. William Morris Agency bookplate on front endpaper from estate of Hollywood executive Leonard Goldberg. Quarter inch by quarter inch along top edge of rear jacket panel. 1974 Hard Cover. 212 pp. ...an old-fashioned, rip-roaring adventure story set in the American West following the Civil War. Fast-shooting, fast-shuffling John Paul Valentine (called Jellybean for his smoth gloss) is the terror of the gambling tables in Mt. Holly, Kansas, a settlement so dull that even the Indians are bored by the idea of raiding it. He is also an embarrassing thorn in the side of his foster-father, Dr. Amos Birdwell, a Bible-thumping revivalist minister. Clearly too big to lick an unshakable in his determination to avenge his father's murder, the boy is sent away to mellow at a Florida college for gentlemen. There he picks up a degree in law as well as a new set of polished skills with revolvers, rifles, and cards. 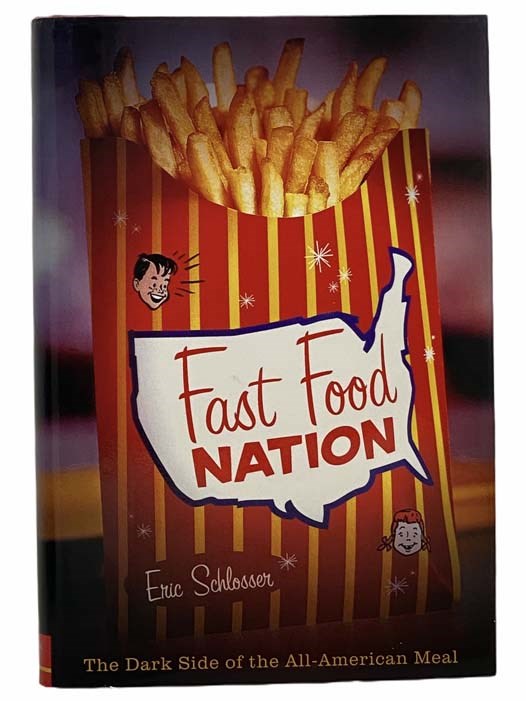 Fast Food Nation: The Dark Side of the All-American Meal

The Four of Hearts