1926 printing. Most of gilt rubbed away from spine titles, front free endpaper removed, owner bookplate on front paste-down. 126 pp. 8 1/4 x 6 1/4. 8vo. Publisher's green cloth, gilt titles, color plate mounted on front cover. Color plates and illustrations by Arthur Rackham. Peter Pan in Kensington Gardens is a novel by James M. Barrie, published in 1906; it is one of four major literary works by Barrie featuring the widely known literary character he originated, Peter Pan. Most of the text of Peter Pan in Kensington Gardens was included as chapters 13-18 of Barrie's earlier novel The Little White Bird, published in 1902, with minor differences appearing on only nine pages of the separately published 1906 novel. The Little White Bird was published as a novel for adult readers; whereas Peter Pan in Kensington Gardens was published specifically as a children's book. In 1904, Barrie wrote a stage play titled Peter Pan, or the Boy Who Would Not Grow Up, performed in December of that year, although it had not yet been published. The play is not a sequel or adaptation of the earlier novel; it is a different story, though closely based on the literary style, subtext concepts, and the Peter Pan character he had developed in The Little White Bird and Peter Pan in Kensington Gardens. In the play and later novel, Peter Pan as a character, is portrayed as a few years older than the Peter Pan of Kensington Gardens. The stage play became the basis for Barrie's 1911 novel Peter and Wendy (later published under the title Peter Pan and Wendy in 1921, with subsequent publications using the title Peter Pan). The script of the stage play itself was published later in 1928. The story is set in Kensington Gardens, a famous park in London, mostly after 'Lock-Out Time', described by Barrie as the time at the end of the day when the park gates are closed to the public. After this time the fairies, and other magical inhabitants of the park, can move about more freely than during the daylight, when they must hide from ordinary people. The fairy inhabitants of the gardens are first described in Thomas Tickell's 1722 poem Kensington Gardens. -- Wikipedia ABOUT THE AUTHOR: Sir James Matthew Barrie, 1st Baronet OM (9 May 1860 19 June 1937), more commonly known as J. M. Barrie, was a Scottish author and dramatist. He is best remembered for creating Peter Pan, the boy who refused to grow up, whom he based on his friends, the Llewelyn Davies boys. He is also credited with popularising the name Wendy, which was very uncommon before he gave it to the heroine of Peter Pan. 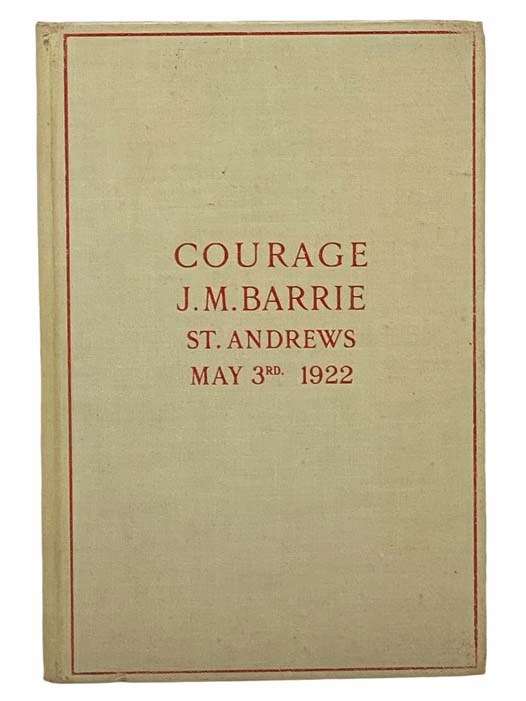 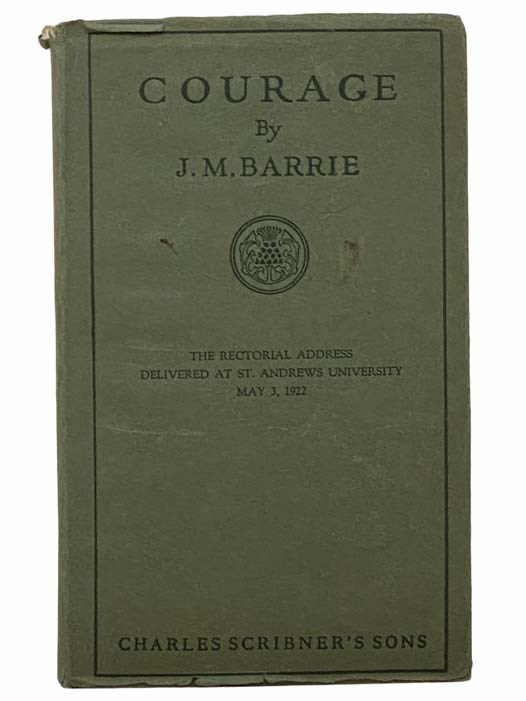 Courage (The Rectorial Address Delivered at St. Andrews University, May 3, 1922)

The Little Minister, in Two Volumes (The Kirriemuir Edition)