Spines faded, minor abrasions to spine labels, ink names on front endpaper of first volume. 1900 Hard Cover. We have more books available by this author!. Complete in five volumes. 8vo. Red cloth, gilt titles and top edge. Gibbon's complete work, with notes by Rev. Milman, plus a general index. The History of The Decline and Fall of the Roman Empire, a major literary achievement of the 18th century published in six volumes, was written by the celebrated English historian Edward Gibbon. Volume I was published in 1776, and went through six printings (a remarkable feat for its time). Volumes II and III were published in 1781; volumes IV, V, VI in 1788-89. The original volumes were published as quartos, a common publishing practice of the time. The books cover the period of the Roman Empire after Marcus Aurelius, from just before 180 to 1453 and beyond, concluding in 1590. They take as their material the behaviour and decisions that led to the decay and eventual fall of the Roman Empire in the East and West, offering an explanation for why the Roman Empire fell. Gibbon is sometimes called the first 'modern historian of ancient Rome.' By virtue of its mostly objective approach and highly accurate use of reference material, Gibbon's work was adopted as a model for the methodologies of 19th and 20th century historians. His pessimism and detached use of irony was common to the historical genre of his era. Although he published other books, Gibbon devoted much of his life (1772-1789) to this one work. His autobiography Memoirs of My Life and Writings is devoted largely to his reflections on how the book virtually became his life. He compared the publication of each succeeding volume to a newborn child. The book is famous not only because it is extraordinarily well written, but also because Gibbon offers an explanation for why the Roman Empire fell. This is one of the great historical questions, and, because of the relative lack of written records from the time, one of the most difficult to undertake. Gibbon was not the first to theorise about this. In fact most of his ideas are directly taken from Roman moralists of the 4th and 5th centuries who wrote about it at the time; nor would he be the last; see for example Henri Pirenne's Thesis of the early 20th century. According to Gibbon, the Roman Empire succumbed to barbarian invasions because of a loss of civic virtue among its citizens. They had become lazy and soft, outsourcing their duties to defend their Empire to barbarian mercenaries, who then became so numerous and ingrained that they were able to take over the Empire. Romans, he believed, had become effeminate, unwilling to live a tougher, 'manly' military lifestyle. In addition Gibbon pointed to Christianity. Christianity, he says, created a belief that a better life existed after death. This fostered indifference to the present among Roman citizens, thus sapping their desire to sacrifice for the Empire. He also believed its comparative pacifism tended to sap the traditional Roman martial spirit. Finally, like other Enlightenment thinkers, Gibbon held in contempt the Middle Ages as a priest-ridden, superstitious, dark age. It was not until his own age of reason and rational thought, it was believed, that human history could resume its progress. Gibbon provides the reader with a glimpse of his thought process with extensive notes along the body of the text, a precursor to the modern use of footnotes. Gibbon's footnotes are famous for their idiosyncrasies. They provide an entertaining moral commentary on both ancient Rome and 18th-century Great Britain. This technique enabled Gibbon to compare ancient Rome to modern times. Gibbon's work advocates a rationalist and progressive view of history. Gibbon's citations provide in-depth detail regarding his use of sources for his work on ancient Rome, documents dating back to ancient Rome. The detail within his asides and his care in noting the importance of each document is a precursor to modern-day historical footnoting methodology. The work is notable for its erratic but exhaustively documented notes and research. John Bury, following h

Title: The History of the Decline and Fall of the Roman Empire. with Notes, A New Edition, to which is added A Complete Index of the Whole Work. Complete in Five Volumes. 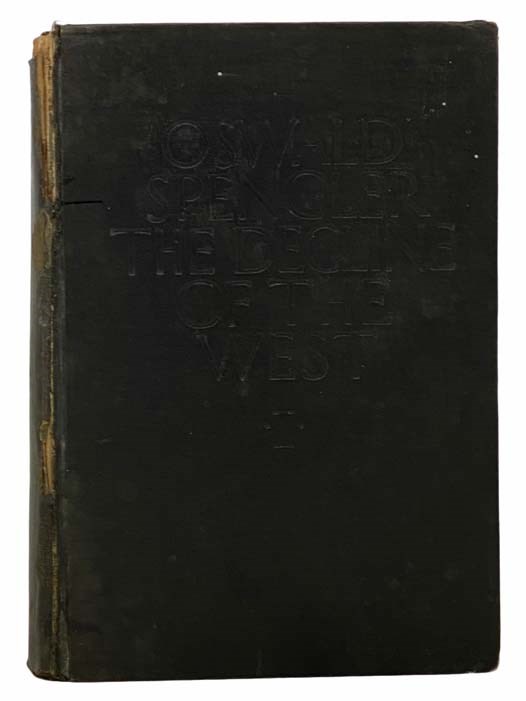 The Decline of the West: Form and Actuality (Volume One)

The New and Complete American Encyclopaedia: or, Universal Dictionary of Arts and Sciences, in Seven Volumes; on an Improved Plan: in which the Respective Sciences Are Arranged into Complete Systems, and the Arts Digested into Distinct Treatises; Also the Detached Parts of Knowledge Alphabetically Arranged and Copiously Explained, According to the Best Authorities; Containing a Digest and Display of the Whole Theory and Practice of the Liberal and Mechanical Arts, Comprising a General Repository of Ancient and Modern Literature, from the Earliest Ages Down to the Present Time: Including All the New Improvements and Latest Discoveries Made in the Arts and Sciences. The Superfluities which Abound in Other Dictionaries Are Expunged from This for the Purpose of Incorporating Complete Systems and Distinct Treatises the Whole Forming a General Circle of Science and Comprehensive Library of Universal Knowledge (From the Encyclopaedia Perthensis, with Improvements)

The Changing Face of Death: Historical Accounts of Death and Disposal

Bundling. Its Origin, Progress, and Decline in America