Signed by author with inscription, To Don, Best wishes and warm regards. A bit musty. 2010 Trade Paperback. 423 pp. Historians have characterized it as the military clash of the millennium. In the spring of 1777, an English army set off from Canada in a vast armada of boats to crush the colonial uprising. What followed that departure from Canada were months of bitter, bloody warfare culminating in the Battle of Saratoga -- the most crucial military confrontation of the American Revolution. In the aftermath of that momentous battle a great nation was born. The battle's outcome was determined, however, less by factors like tactics, weather and topography than by the complex passions and personalities of the unique men and women involved. The Battle of Saratoga's ending was shaped by a determined, compelling woman whose love affair with a dashing general altered the course of world history. Their dramatic, romantic story set in motion a bizarre sequence of events that created a nation. The Thunder of Captains is a story of courage, conviction, foolhardiness and doomed love set against a backdrop of personal and military conflict, dark intrigue and international politics. With a compelling cast of characters -- including Gentleman Johnny Burgoyne, Benedict Arnold and Benjamin Franklin -- The Thunder of Captains tells a captivating story known to far too few Americans.

Title: The Thunder of Captains: A Novel of the Battle of Saratoga

The Record of the Mediterranean Cruise of the United States Ship Saratoga CVA-60, Fall, Winter, Spring, 1959-1960

March to Saratoga: General Burgoyne and the American Campaign, 1777

The Hudson River Valley: A History and Guide, from Saratoga Springs to New York City 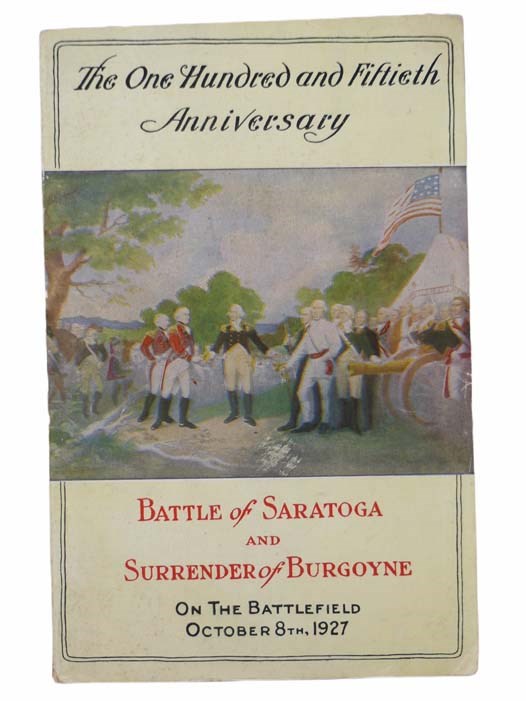