The Last Voyage of Columbus: Being the Epic Tale of the Great Captain's Fourth Expedition, Including Accounts of Mutiny, Shipwreck, and Discovery

First printing. Remainder mark, minor general wear. 2006 Trade Paperback. 294 pp. Reading Group Guide 10 pp. The Year is 1500. Christopher Columbus, stripped of his title Admiral of the Ocean Seas, waits in chains in a Caribbean prison built under his orders, looking out at the colony that he founded, nurtured, and ruled for eight years. Less than a decade after discovering the New World, he has fallen into disgrace, accused by the royal court of being a liar, a secret Jew, and a foreigner who sought to steal the riches of the New World for himself. The tall, freckled explorer with the aquiline nose, whose flaming red hair long ago turned gray, passes his days in prayer and rumination, trying to ignore the waterfront gallows that are all too visible from his cell. And he plots for one great escape, one last voyage to the ends of the earth, one final chance to prove himself. What follows is one of history's most epic-and forgotten-adventures. Columbus himself would later claim that his fourth voyage was his greatest. It was without doubt his most treacherous. Of the four ships he led into the unknown, none returned. Columbus would face the worst storms a European explorer had ever encountered. He would battle to survive amid mutiny, war, and a shipwreck that left him stranded on a desert isle for almost a year. On his tail were his enemies, sent from Europe to track him down. In front of him: the unknown. Martin Dugard's thrilling account of this final voyage brings Columbus to life as never before-adventurer, businessman, father, lover, tyrant, and hero.

Title: The Last Voyage of Columbus: Being the Epic Tale of the Great Captain's Fourth Expedition, Including Accounts of Mutiny, Shipwreck, and Discovery

Columbus in the Americas (Turning Points in History)

The Columbus Papers: The Barcelona Letter of 1493, the Landfall Controversy, and the Indian Guides -- A Facsimile Edition of the Unique Copy in the New York Public Library, with a New English Translation by Lucia Graves

The Works of Washington Irving, Volume II. [2]: The Life and Voyages of Christopher Columbus; Astoria, or Anecdotes of an Enterprise Beyond the Rocky Mountains; A Tour on the Prairies; Abbotsford; Newstead Abbey; Voyages and Discoveries of the Companions of Columbus. 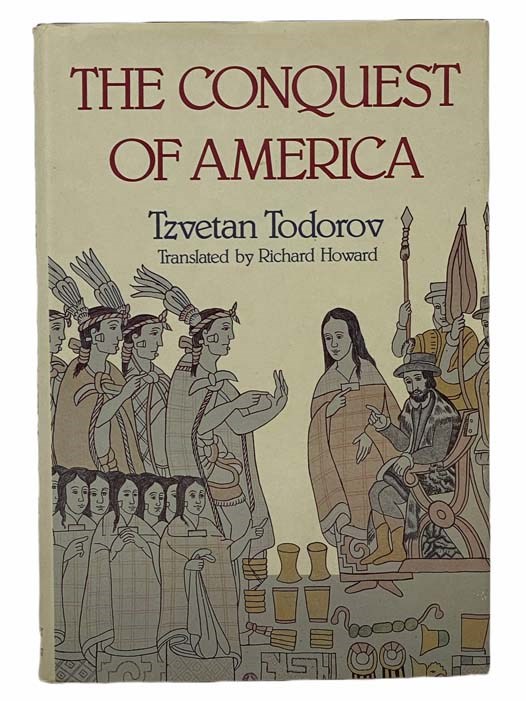 The Conquest of America: The Question of the Other

The Last Voyage of Columbus: Being the Epic Tale of the Great Captain's Fourth Expedition, Including Accounts of Mutiny, Shipwreck, and Discovery