First edition. Jacket edges rubbed. Spine very slightly cocked, page ridges very faintly foxed. 1972 Hard Cover. ix, 260 pp. What do you say to the wonderful proceedings in Paris, which really seem like a story in a book or a play? wrote Queen Victoria to her uncle, King Leopold of the Belgians, in December 1851. Prince Louis Napoleon Bonaparte, nephew of the great Napoleon Bonaparte, had made himself dictator of France, stealing the limelight of the European stage to open the first act of a play that would last for more than thirty yearsand in which Queen Victoria was herself to play a major role. Into the Queen's staid, predictable and circumscribed life, the Second Empire Bonapartes brought a breath of another world. Adventurers, parvenus, exotics, they radiated an aura of romanticism to which Victoria's ardent nature was quick to respond. Napoleon III, as he now styled himself, soon conquered where his uncle had failed: England, in the person of her Queen, was completely bowled over by his quiet charm and buccaneer looks. And his wife, the flamboyant Empress Eugenie, was able no less easily to overcome her less than immaculate origins and find a place in Victoria's heart. But in the second act came disenchantment: Napoleon's Italian war disgusted his former ally, and its end brought little improvement in the relations between the two countries. The Queen and her ministers suspected that Napoleon's former intention of avenging Waterloo had only lain dormant, and not died away. The Franco-Prussian war, however, brought a dramatic turn of fortune's wheel: in six short weeks the Empire had fallen and Napoleon had surrendered at the battle of Sedan. The Empress Eugenie fled to England, where her friendship with Victoria was renewed and deepened. She found exile almost unbearable, fretting like a beautiful bird with its wings clipped. One by one her avenues of escape were closed. Her husband died on the eve of his planned Return from Elba and a few years later their only child, the Prince Imperial, was killed at the age of twenty-three fighting in the British Army in the Zulu War. In the long twilight of the fourth act of the tragedy, the friendship between Victoria and Eugenie developed until the Empress became almost an honorary member of the British Royal Family. The Queen's unwavering championship of the dethroned, exiled and bereaved Eugenie revealed her at her most admirable: compassionate, practical, loyal, and stubborn in her determination to put persons before politics. Eugenie herself lived to see the defeat at Sedan avenged by the Allied victory of 1918; it allows me to die, she said, with my head held high, in peace with France. Theo Aronson's account of the remarkable friendship between the Royal Houses of Britain and France contains several hitherto unpublished entries from Queen Victoria's journals and throws new light on her domestic and personal life. Set against the contrasting backgrounds of lavish, theatrical Second Empire Paris and the ice-cold courts of Windsor and Balmoral, Queen Victoria and the Bonapartes forms a magnificent companion volume to Mr. Aronson's earlier books on the European royal families of the nineteenth century, which have deservedly proved so popular.

Title: Queen Victoria and the Bonapartes 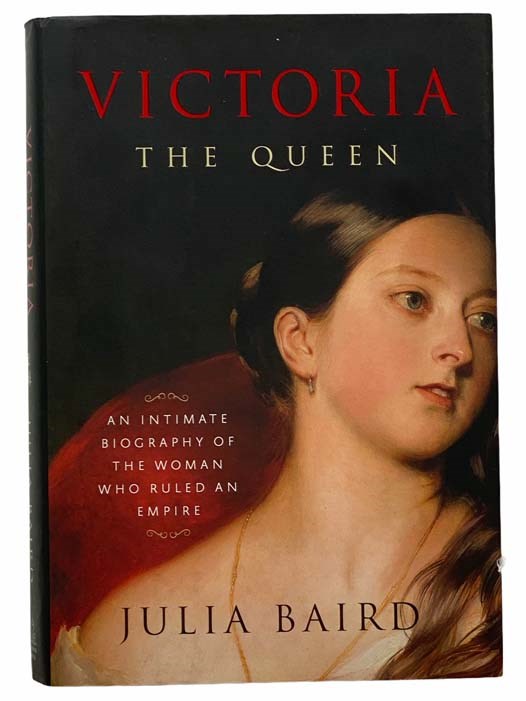 Victoria, the Queen: An Intimate Biography of the Woman Who Ruled an Empire

Life of Queen Victoria including a History of England and Her Colonies, also the Early Life of Victoria; Her Accession to the Throne and Coronation; Marriage to Prince Albert; Great Events during Her Brilliant Reign; Personal Traits and Characteristics That Endeared Her to Her People, Graphic Descriptions of Her Charming Home Life; Royal Castles; Public Receptions; Wonderful Growth of the British Empire, Etc., Noble Qualities of Wife and Mother, to which is added The Life of King Edward VII., and Sketches of the Members of the Royal Family, with Eulogies of the Queen by Lord Salisbury, Marquis of Lansdowne, Lord Rosebery, Lord Kimberley, and Many Other Leading Statesmen