Single faint spine crease, wrappers lightly soiled. 1965 Large Softcover. 15 x 10. This particular volume, featuring hundreds of detailed technical drawings, deals with various forms of industry, from tanneries to textiles. It details specifics of setup, equipment, uses, etc. of looms, mills, and other industrial subjects. Includes many fold-out illustrations. Encyclopdie, ou dictionnaire raisonn des sciences, des arts et des mtiers (English: Encyclopedia, or a systematic dictionary of the sciences, arts, and crafts) was a general encyclopedia published in France between 1751 and 1772, with later supplements, revised editions, and translations. As of 1750 the full title was Encyclopdie, ou Dictionnaire raisonn des sciences, des arts et des mtiers, par une socit de gens de lettres, mis en ordre par M. Diderot de l'Acadmie des Sciences et Belles-Lettres de Prusse, et quant la partie mathmatique, par M. d'Alembert de l'Acadmie royale des Sciences de Paris, de celle de Prusse et de la Socit royale de Londres. The title page was amended as D'Alembert acquired more titles. The Encyclopdie was an innovative encyclopedia in several respects. Among other things, it was the first encyclopedia to include contributions from many named contributors, and it was the first general encyclopedia to lavish attention on the mechanical arts. Still, the Encyclopdie is famous above all for representing the thought of the Enlightenment. According to Denis Diderot in the article Encyclopdie, the Encyclopdie's aim was to change the way people think. The Encyclopdie was originally conceived as a French translation of Ephraim Chambers's Cyclopaedia (1728). In 1743 the translation was entrusted by the Parisian book publisher Andr Le Breton to John Mills, an English resident in France. In May 1745 Le Breton announced the work as available for sale, but to his dismay, Mills had not done the work he was commissioned to do; in fact, he could barely read and write French and did not even own a copy of Cyclopaedia. Furious at having been swindled, Le Breton beat Mills with a cane. Mills sued for assault, but Le Breton was acquitted in court as being justified. For his new editor, Le Breton settled on the mathematician Jean Paul de Gua de Malves. Among those hired by Malves were the young tienne Bonnot de Condillac, Jean le Rond d'Alembert, and Denis Diderot. Within thirteen months, in August 1747, Gua de Malves was fired for being an ineffective leader. Le Breton then hired Diderot and Jean d'Alembert as the new editors. Diderot would remain editor for the next twenty-five years, seeing the Encyclopdie through to completion. The work comprised 35 volumes, with 71,818 articles, and 3,129 illustrations. The first seventeen volumes were published between 1751 and 1765; eleven volumes of plates were finished by 1772. Because of its sometimes radical contents (see Contents below), the French government suspended its privilge in 1759, but because it had many highly placed supporters, notably Madame de Pompadour, work continued in secret. In truth, secular authorities did not want to disrupt the commercial enterprise, which employed hundreds of people. To appease the church and other enemies of the project, the authorities had officially banned the enterprise, but they turned a blind eye to its continued existence. In 1775, Charles Joseph Panckoucke obtained the rights to reissue the work. He issued five volumes of supplementary material and a two-volume index from 1776 to 1780. Some scholars include these seven extra volumes as part of the first full issue of the Encyclopdie, for a total of 35 volumes, although they were not written or edited by the original famed authors. From 1782 to 1832, Panckoucke and his successors published an expanded edition of the work in 166 volumes as the Encyclopdie mthodique. That work, enormous for the time, occupied a thousand workers in production and 2,250 contributors. Many of the most noted figures of the French enlightenment contributed to the Encyclopdie, includi 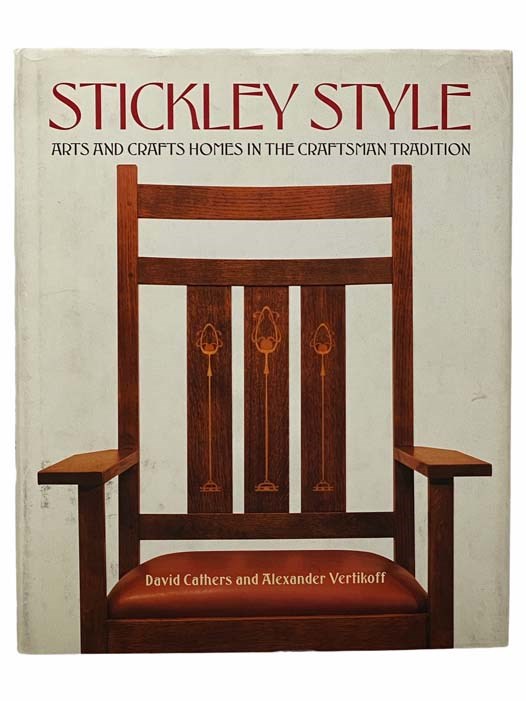 Stickley Style: Arts and Crafts Homes in the Craftsman Tradition

Memoirs of Marmontel, Written by Himself: Including Anecdotes of the Most Distinguished Literary and Political Characters Who Appeared in France during the Last Century, in Two Volumes (Historic Memoir Series Number 2) [Jean-Francois Marmontel]