Pocahontas: A Historical Drama, in Five Acts; with an Introductory Essay and Notes

By: A Citizen of the West [Owen, Robert Dale]; [Mackay, Robert W. Stuart]

First edition. Boards a bit rubbed with minimal loss from spine head and foot, corners exposed, moderately foxed throughout, ink name on front endpaper and flyleaf. 1837 Hard Cover. Sabin 58021. Sabin gives both Owen and Mackay as possible authors, without providing rationale in support of either. Mackay is listed as the copyright holder on this copy. A historical drama focused on the life of Pocahontas, the Native American daughter of chief Powhatan famous for saving the life of John Smith. She later converted to Christianity and wed John Rolfe.

Title: Pocahontas: A Historical Drama, in Five Acts; with an Introductory Essay and Notes

The Story of the Life of Mackay of Uganda, Told for Boys by His Sister

A Trve Discovrse of the Present Estate of Virginia, and the Successe of the Affaires There Till the 18 of Iune. 1614. Together. With a Relation of the Seuerall English Townes and Fortes, the Assured Hopes of That Countrie and the Peace Concluded with the Indians. The Christening of Powhatans Daughter and Her Marriage with an English-man. [True Discourse Success Affairs June Pocahontas] 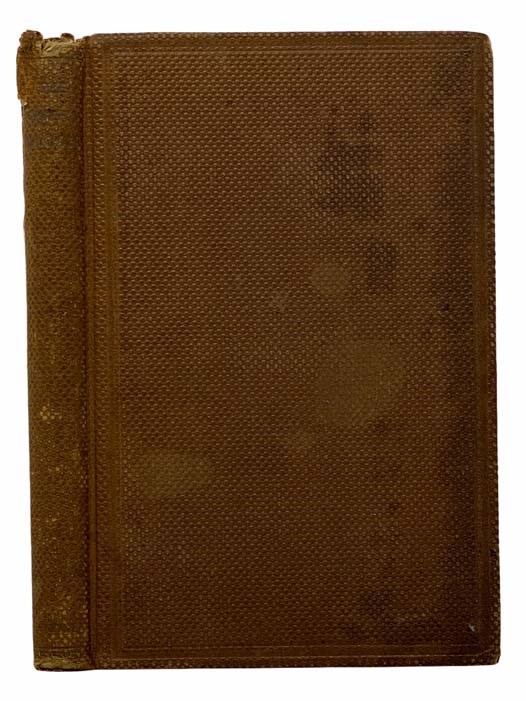 The Chief's Daughter; or, The Settlers in Virginia (The New Series of Historical Tales Illustrating the Chief Events in Ecclesiastical History, British, American, and General, Number 3.)

Further Queries upon the Present State of the New-English Affairs. (Sabin's Reprints, Quarto Series. No. VIII. [8])

The Light appearing more and more towards the perfect Day. or, A farther Discovery of the present state of the Indians in New-England, Concerning the Progresse of the Gospel amongst them. Manifested by Letters from such as preacht to them there. (Sabin's Reprints, Quarto Series. No. III.)

An Account of the Late Revolution in New-England. Together with the Declaration of the Gentlemen, Merchants, and Inhabitants of Boston, and the Country Adjacent. April 18. 1689. (Sabin's Reprints, Quarto Series. No. I. [1])

Pocahontas: A Historical Drama, in Five Acts; with an Introductory Essay and Notes