First edition. Boards and jackets lightly stained, front jacket flap of all jackets clipped, a few small tears to edges of jackets, jackets lightly rubbed. 1979 Large Hardcover. Four volume set. Illustrated by Randy Steffen. Volume I covers the Revolutionary period, with a detailed account of the sires of the United States Cavalry, the Continental Light Dragoons. Then come the War of 1812 and the formation of the United States Mounted Ranger Battalion, and later the United States Dragoons. The uniforms, insignia, decorations, arms, horse equipment, accoutrements, and saddles are described and profusely illustrated in 11 color plates and 96 black-and-white drawings. Appended are sections defining the nomenclature of the horse, horse equipment, and arms, as well as a roster of cavalry bugle calls. This is the second volume of a projected four-volume work. In Volume I the author delineated the uniforms, arms, accouterments, and equipment of the period from 1776 to 1850. In this volume he addresses himself to the eventful, bloody tragic mid-nineteenth century. Here he describes the dress and equipment of the horse soldier of the early frontier, the Mexican War, the Civil War, and the wars with the Indians. The uniforms, insignia, decorations, arms, and horse gear are described and profusely illustrated in three color plates and 126 black-and-white drawings. For his models the author used actual uniforms and equipment, supported by official government documents. Among the subjects covered in this volume are the dress and equipment manufactured to meet the needs of cavalrymen at the early outposts east of the Missouri and in the brief War with Mexico that was a testing ground for the Civil War to come. (Ironically, much of the equipment and arms used by the United States Cavalry was designed by officers and government employees who later joined the Confederates.) After the war came a new duty for the horse soldier?pacification of the hostile Indians of the West. As the needs of this harsh and demanding duty became clear, radical modifications were made to meet them. All these changes are described and minutely illustrated in this, the second volume of an indispensable reference work for American historians. Volume IV covers the final twenty-five yearsthe World War I years, when the United States Cavalry fought for the first time as part of an allied force; the peacetime years, when the cavalry was largely a show force; and World War II, when mechanization finally outmoded the horse soldier, and the horse was traded for the tank. The cavalry became history. 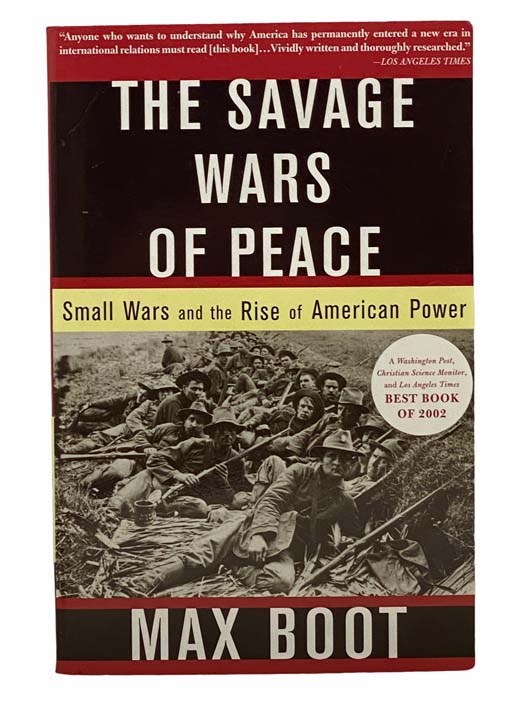 The Savage Wars of Peace: Small Wars and the Rise of American Power

Edgar Rice Burroughs Fanzine Ephemera Archive: ERB-dom, Twenty-Issue Continuous Run: Volume 1 No. 1 - Volume 1 No. 20 [with] The Forgotten Sea of Mars [with] Single Sheet of The Edgar Rice Burroughs Bazaar [with] Claude Held (Bookseller) Price List [with] Double-Sided Single Sheet Advertisement for Oparian #1 [with] Two Single-Fold Playbills for Productions of Tarzan and the Supermen [with] Jackets for Two Canaveral Press Editions (The Cave Girl and The Land That Time Forgot)

A History of the Uniforms of the British Army: From the Beginning to 1760, in Five Volumes