Wrappers holding by one staple only, light stain along bottom edge of front wrapper, multiple light creases to wrappers, pencil sketch on bottom of page 31. 1905 Stapled Binding. 31 pp. Patrick Henry (May 29, 1736 June 6, 1799) was an American attorney, planter, and orator best known for his declaration to the Second Virginia Convention (1775): Give me liberty, or give me death! A Founding Father, he served as the first and sixth post-colonial Governor of Virginia, from 1776 to 1779 and from 1784 to 1786. Henry was born in Hanover County, Virginia, and was for the most part educated at home. After an unsuccessful venture running a store, and assisting his father-in-law at Hanover Tavern, Henry became a lawyer through self-study. Beginning his practice in 1760, he soon became prominent through his victory in the Parson's Cause against the Anglican clergy. Henry was elected to the Virginia House of Burgesses, where he quickly became notable for his inflammatory rhetoric against the Stamp Act of 1765. In 1774 and 1775, Henry served as a delegate to the First and Second Continental Congresses, but did not prove particularly influential. He gained further popularity among the people of Virginia, both through his oratory at the convention and by marching troops towards the colonial capital of Williamsburg after the Gunpowder Incident until the munitions seized by the royal government were paid for. Henry urged independence, and when the Fifth Virginia Convention endorsed this in 1776, served on the committee charged with drafting the Virginia Declaration of Rights and the original Virginia Constitution. Henry was promptly elected governor under the new charter, and served a total of five one-year terms. After leaving the governorship in 1779, Henry served in the Virginia House of Delegates until he began his last two terms as governor in 1784. The actions of the national government under the Articles of Confederation made Henry fear a strong federal government and he declined appointment as a delegate to the 1787 Constitutional Convention. He actively opposed the ratification of the Constitution, a fight which has marred his historical image. He returned to the practice of law in his final years, declining several offices under the federal government. A slaveholder throughout his adult life, he hoped to see the institution end, but had no plan for that beyond ending the importation of slaves. Henry is remembered for his oratory, and as an enthusiastic promoter of the fight for independence.

Title: The Story of Patrick Henry (Instructor Literature Series, No. 35)

The Life and Character of Patrick Henry 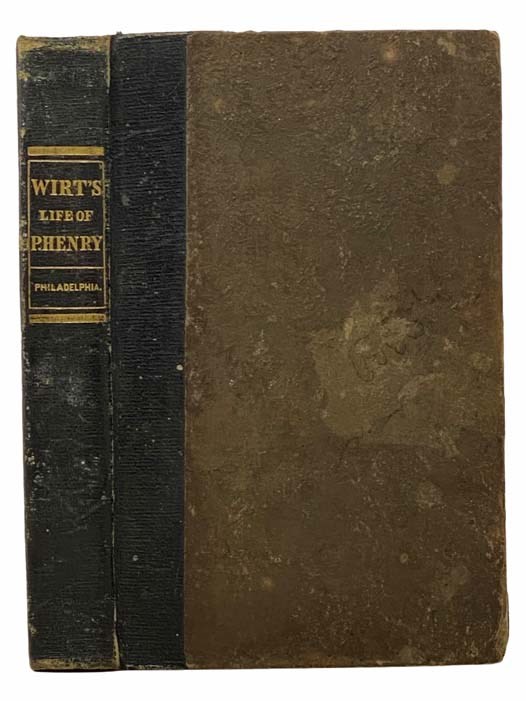 Sketches of the Life and Character of Patrick Henry

A Journey through the Genesee Country, Finger Lakes Region and Mohawk Valley from Patrick Campbell's Travels in the Interior Inhabited Parts of North America in the Years 1791 and 1792

Poe's Brother: The Poems of William Henry Leonard Poe, Elder Brother of Edgar Allan Poe Together with a Short Account of His Tragic Life an Early Romance of Edgar Allan Poe and Some Hitherto Unknown Incidents in the Lives of the Two Poe Brothers