The Life of Mary Jemison

Reprint. Top edge of front wrapper and top margin of pages lightly stained, spine lightly creased. 1982 Trade Paperback. xv, 182 pp. Reissue of 1824 original. A biography of the settler woman who was taken and raised by Native Americans. Mary Jemison was born aboard the ship William and Mary in 1743 while en route from what is now Northern Ireland to America. Upon their arrival in America, the couple and their new child joined other Scots-Irish immigrants and headed west from Philadelphia, Pennsylvania, to what was then the western frontier (now central Pennsylvania). They squatted on territory that was under the authority of the Iroquois Confederacy. One morning in 1755, a raiding party consisting of six Shawnee Indians and four Frenchmen captured Mary, her family (except two older brothers) and Davy Wheelock, a boy from another family. On route to Fort Duquesne, Mary's mother, father, and siblings were killed and scalped. Mary and the other young boy were spared. Mary was given to two Seneca Indians, who adopted her, renaming her Deh-he-wä-mis. She married a Delaware named Sheninjee and had a son she named Thomas after her father. Concerned that the end of the war would mean the return of captives and the loss of his young wife, Sheninjee took her on a 700-mile (1,100 km) journey to the Sehgahunda Valley along the Genesee River in present-day New York state. Although Jemison and their son reached this destination, her husband did not. Leaving his wife to hunt, he had taken ill and died. She later married a Seneca named Hiakatoo and had six more children with him. During the American Revolutionary War, the Seneca were allies of the British. Jemison's account of her life includes some observations during this time, as she and others in the Seneca town helped Joseph Brant and Iroquois warriors who fought against the colonists. Jemison lived the rest of her life with the Seneca Nation. She died on September 19, 1833, aged 90. She was initially buried on the Buffalo Creek Reservation. In 1874 her remains were reinterred at William Pryor Letchworth's Glen Iris Estate (now Letchworth State Park in present-day Castile, New York).

Title: The Life of Mary Jemison

A Narrative of the Life of Mary Jemison

My Life with the Indians: The True Story of Mary Jemison (An Incredible Journey)

A Narrative of the Life of Mrs. Mary Jemison (Iroquois & Their Neighbors) 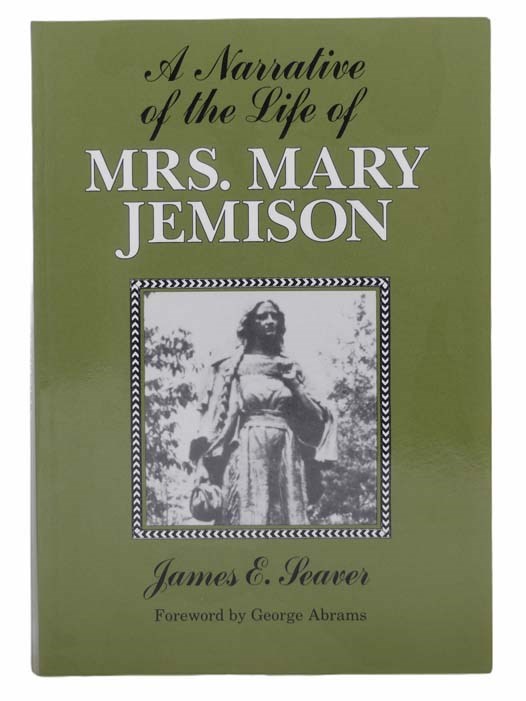 A Narrative of the Life of Mrs. Mary Jemison (The Iroquois and Their Neighbors Series)

The Life of Mary Jemison