The Thousand and One Nights, Commonly Called, in England, The Arabian Nights' Entertainments. A New Translation from the Arabic, with Copious Notes.

Front board of first volume loose, splits beginning at spine heads along joints of other two volumes. An attractive set that could be beautiful with some minor restoration. 1839 Half-Leather. Complete in three volumes. xxxii, [2], 618, [4]; xii, 643, [3]; xii, 763, [3] pp. 4to. Original red morocco spine and corners, marbled boards and endpapers, red edges. Illustrations with wood engravings from original designs by William Harvey throughout. One Thousand and One Nights (Arabic: Kitab 'alf layla wa-layla; Persian: Hezar-o yek šab) is a collection of folk tales and other stories. It is often known in English as the Arabian Nights, from the first English language edition (1706), which rendered the title as The Arabian Nights' Entertainment. The original concept is most likely derived from a pre-Islamic Persian prototype that probably relied partly on Indian elements, but the work as we have it was collected over many centuries by various authors, translators and scholars across the Middle East and North Africa. The tales themselves trace their roots back to ancient and medieval Arabic, Persian, Indian, Egyptian and Mesopotamian folklore and literature. In particular, many tales were originally folk stories from the Caliphate era, while others, especially the frame story, are most probably drawn from the Pahlavi Persian work Hazar Afsan (Persian: lit. Thousand Tales). Though the oldest Arabic manuscript dates from the 14th century, scholarship generally dates the collection's genesis to around the 9th century. What is common throughout all the editions of the Nights is the initial frame story of the ruler Shahryar (from Persian: meaning king or sovereign) and his wife Scheherazade (from Persian: meaning townswoman) and the framing device incorporated throughout the tales themselves. The stories proceed from this original tale; some are framed within other tales, while others begin and end of their own accord. Some editions contain only a few hundred nights, while others include 1,001 or more. Some of the best-known stories of The Nights, particularly Aladdin's Wonderful Lamp, Ali Baba and the Forty Thieves and The Seven Voyages of Sinbad the Sailor, while almost certainly genuine Middle-Eastern folk tales, were not part of The Nights in Arabic versions, but were interpolated into the collection by its early European translators.

Title: The Thousand and One Nights, Commonly Called, in England, The Arabian Nights' Entertainments. A New Translation from the Arabic, with Copious Notes.

The Arabian Nights' Entertainments. Translated from the Arabic. A New and Complete Edition. [The Thousand and One Nights] 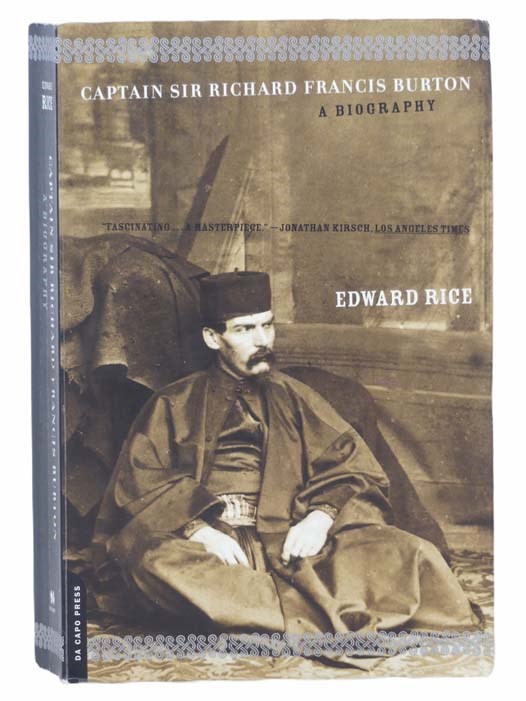 Captain Sir Richard Francis Burton: The Secret Agent Who Made the Pilgrimage to Mecca, Discovered the Kama Sutra, and Brought the Arabian Nights to the West

The Thousand and One Nights, Commonly Called, in England, The Arabian Nights' Entertainments. A New Translation from the Arabic, with Copious Notes.