Ultimo: An Imaginative Narration of Life under the Earth with Projections

Early reprint, following the first edition printed in the same year, which had red boards and gilt titles. Lacks jacket. 1930 Hard Cover. We have more books available by this author!. [96 pp.] Tall 8vo. Blue cloth, black titles and decorations. A dystopian novel set in a future where civilization has rebuilt underground after environmental catastrophe ushers in a new ice age. Illustrations by John Vassos in the Art Deco style. Vassos was an influential figure in industrial design, and was responsible for a great deal of the products designed for the radio industry, though his most important design is probably the Perey turnstile, which is still a standard in mass transit. Before this, though, Vassos gained prominence through his book illustrations. Contempo was the first to gain attention, but he was also known for illustrating several works by Oscar Wilde, and his works Phobia and Ultimo both mixed artwork with social commentary. [Ultimo] depicts a future Earth whose inhabitants have been driven into vast Underground Cities by the fading of the Sun. John Vassos's brutalist Art Deco images of great ocean liners caught in global ice remain intensely vivid, though Ruth Vassos's text is much more pointed in its descriptions of the advanced Technology developed below, aids for survival that function as instrumentalities in the maintaining of a coercive Utopia. After reaching what seems to have been the Earth's core, the remainder of humanity – some of them at least resembling naked Superheroes, like Ultimo himself – plunges into interstellar space, riding Rockets guided through translucent magnetized tunnels, looking for a warm planet to inhabit. (The Encyclopedia of Science Fiction)

Title: Ultimo: An Imaginative Narration of Life under the Earth with Projections

The Threshold of Civilization: An Experiment in Prehistory

By: Fairservis, Walter A., Jr. 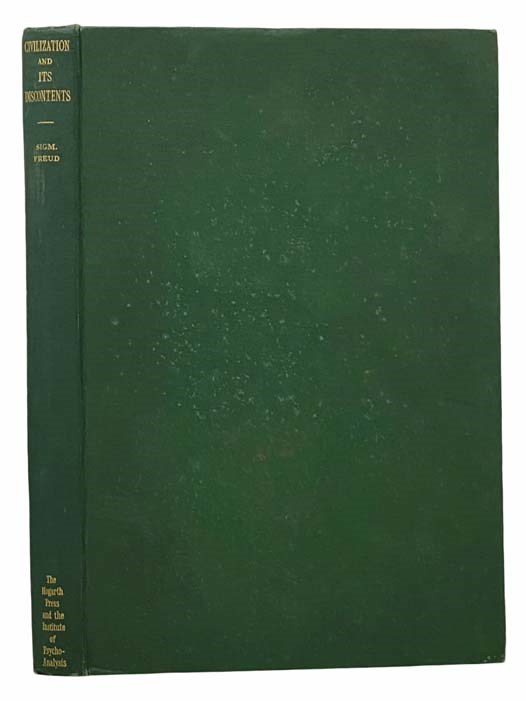 Civilization and Its Discontents (The International Psycho-Analytical Library, No. 17)

The Age of Louis XIV: A History of European Civilization in the Period of Pascal, Moliere, Cromwell, Milton, Peter the Great, Newton, and Spinoza: 1648-1715 (The Story of Civilization Part VIII [8])

The Age of Reason Begins: A History of European Civilization in the Period of Shakespeare, Bacon, Montaigne, Rembrandt, Galileo, and Descartes: 1558-1648 (The Story of Civilization Part VII [7])

Ultimo: An Imaginative Narration of Life under the Earth with Projections