The Confessions of Jean-Jacques Rousseau, in Two Volumes

First thus (the first American edition of Wilson's translation). #855 of three thousand numbered copies. 1923 Hard Cover. 457 pp. 8vo. Rousseau's famous work, which was among the first major autobiographies to be published, and is notable for its honest treatment of the author's shortcomings. Translated from the original French, with a preface, by Edmund Wilson, who was an important contributor to the New Yorker and the New York Review of Books, edited Vanity Fair, and influenced such authors as F. Scott Fitzgerald, Sinclair Lewis, Theodore Dreiser, Upton Sinclair, and John Dos Passos. ABOUT THE AUTHOR: Jean-Jacques Rousseau (28 June 1712 2 July 1778) was a major Genevois philosopher, writer, and composer of 18th-century Romanticism. His political philosophy influenced the American Revolution and subsequently the French Revolution, and the development of modern political, sociological and educational thought.

Title: The Confessions of Jean-Jacques Rousseau, in Two Volumes

The Confessions of Jean Jacques Rousseau (The Modern Library of the World's Best Books, ML 243) 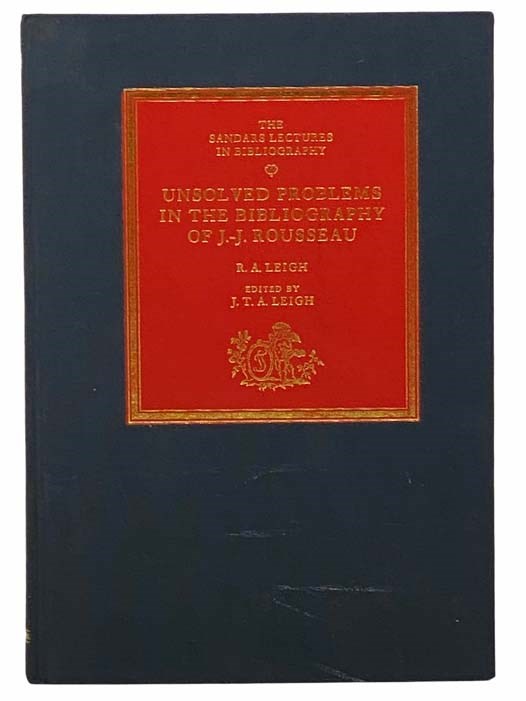 Unsolved Problems in the Bibliography of J.-J. Rousseau (The Sandars Lectures in Bibliography) [Jean-Jacques]

The Memoirs and Correspondence of Madame d'Epinay, in Three Volumes

Joe Wilson and the Creation of Xerox

Edward Wilson of the Antarctic: Naturalist and Friend

The Confessions of Jean-Jacques Rousseau, in Two Volumes