Light stain to rear board, a few light spots on pages, poem by Thomas Bailey Aldrich taped to rear endpaper. 1900 Hard Cover. We have more books available by this author!. 166 pp. A collection of poems by James Whitcomb Riley. ABOUT THE AUTHOR: James Whitcomb Riley (October 7, 1849 July 22, 1916) was an American writer, poet, and best-selling author. During his lifetime he was known as the Hoosier Poet and Children's Poet for his dialect works and his children's poetry respectively. His poems tended to be humorous or sentimental, and of the approximately one thousand poems that Riley authored, the majority are in dialect. His famous works include Little Orphant Annie and The Raggedy Man. Riley began his career writing verses as a sign maker and submitting poetry to newspapers. Thanks in part to an endorsement from poet Henry Wadsworth Longfellow, he eventually earned successive jobs at Indiana newspaper publishers during the latter 1870s. Riley gradually rose in prominence during the 1880s through his poetry reading tours. He traveled a touring circuit first in the Midwest, and then nationally, holding shows and making joint appearances on stage with other famous talents. Riley was an alcoholic, never married or had children, and caused a scandal in 1888 when he became too drunk to perform. His publicist blamed his alcoholism and depression on his inability to achieve financial success, despite his fame and popularity. He was ultimately able to extricate himself from poorly negotiated contracts that had limited his earnings and as a result, he quickly became very wealthy. By the 1890s, Riley became a bestselling author. His children's poems were compiled into a book and illustrated by Howard Chandler Christy. Titled Rhymes of Childhood, the book was his most popular and sold millions of copies. As a poet, Riley achieved an uncommon level of fame during his own lifetime. He was honored with annual Riley Day celebrations around the United States and was regularly called on to perform readings at national civic events. He continued to write and hold occasional poetry readings until a stroke paralyzed his right arm in 1910. Riley's chief legacy was his influence in fostering the creation of a midwestern cultural identity and his contributions to the Golden Age of Indiana Literature. Along with other writers of his era, he helped create a caricature of midwesterners and formed a literary community that produced works rivaling the established eastern literati. There are many memorials dedicated to Riley, including the James Whitcomb Riley Hospital for Children.

Out to Old Aunt Mary's 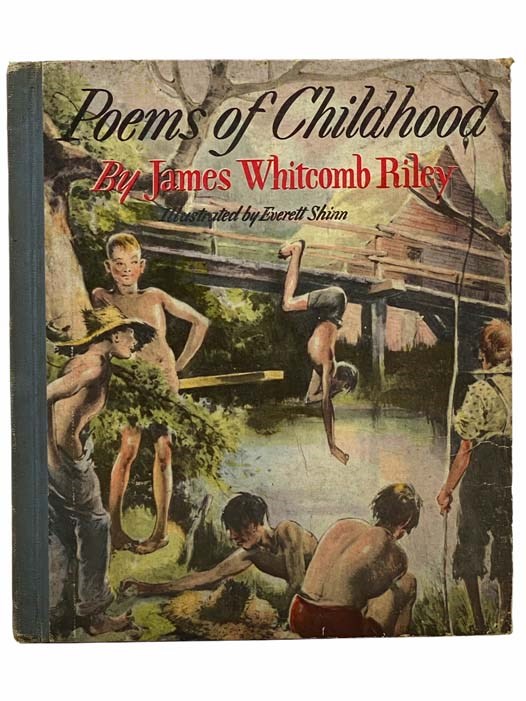