First edition. Jacket spine head lightly bumped. 1998 Hard Cover. We have more books available by this author!. 396 pp. BALLS is the story of a college football coach, his rise, his fall, and his fallback position. You could say BALLS is the story of a coach's kick-off, his first, second, and third downs . . . and his punt. But BALLS is a coach's story that belongs to the coach's wife. To her, and to his mother, his mother-in-law, his daughter, his assistants' wives, his players' mothers and girlfriends, and even his players' grandmothers. It's the women standing behind this handsome football hero who tell the story behind the headlines of Mac Gibbs, Birmingham University coach Catfish Bomar's star quarterback, who married Dixie Carraway, the beautiful homecoming queen. Set in Alabama, home state of the legendary Paul Bear Bryant, BALLS is told by fifteen women and one little girl touched by Mac Gibbs's fall from fame as a college quarterback to infamy as head coach of the Birmingham University Black Bears. It's told in those women's voices, from their seats in the stands. They watch the other women, worry when players are slow to get up off the ground, pray when players are carried off on stretchers. They don't care much for the science of the game--or its brutality. They see football as it really is--sexy, dirty, sweaty, painful, empowering, corrupt. The story they tell is often funny and not always pretty, as the view from deep inside rarely is. This is a novel that moves with the force of a fourth down charge, and shimmers with the tears of the women waiting outside the locker-room door when the game is lost. The author, twice a head coach's wife, knows whereof she writes so brilliantly. She also knows a lot about love. And BALLS is, above all, a love story. 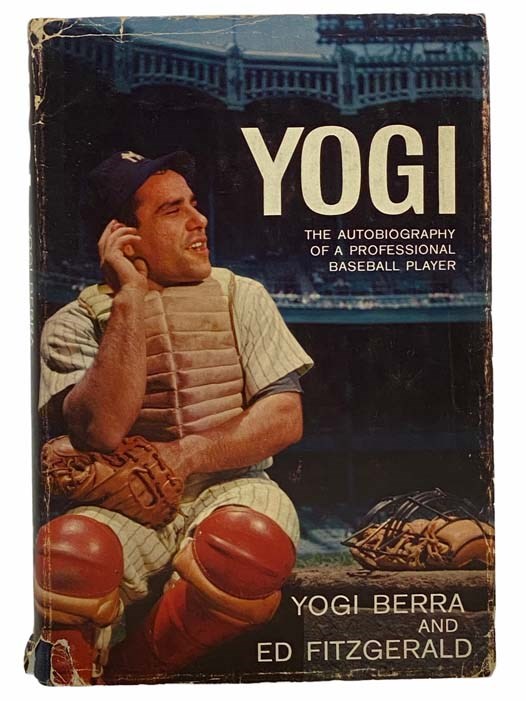 Yogi: The Autobiography of a Professional Baseball Player

What Got You Here Won't Get You There: How Successful People Become Even More Successful