1st printing. A nice copy. 2004 Trade Paperback. 298 pp. In her illuminating and dramatic biography The Stranger and the Statesman, Nina Burleigh reveals a little-known slice of social and intellectual history in the life and times of the man responsible for the creation of the United States' principal cultural institution, the Smithsonian. It was one of the nineteenth century's greatest philanthropic gifts -- and one of its most puzzling mysteries. In 1829, a wealthy English naturalist named James Smithson left his library, mineral collection, and entire fortune to the United States of America, to found ... an establishment for the increase & diffusion of Knowledge among men -- even though he had never visited the United States or known any Americans. In this fascinating book, Burleigh pieces together the reclusive benefactor's life, beginning with his origins in the splendidly dissipated eighteenth-century aristocracy as the Paris-born bastard son of the first Duke of Northumberland and a wild adventuress who preserved for her son a fortune through gall and determination. The book follows Smithson through his university years and his passionate study of minerals across the European continent during the chaos of the French Revolution and the Napoleonic Wars. Detailed are his imprisonment -- simply for being an Englishman in the wrong place, his experiences in the gambling dens of France, and his lonely and painstaking scientific pursuits. After Smithson's death, nineteenth-century American politicians were given the task of securing his half-million dollars -- the equivalent today of fifty million -- and then trying to determine how to increase and diffuse knowledge from the muddy, brawling new city of Washington. Burleigh discloses how Smithson's bequest was nearly lost due to fierce battles among many clashing Americans -- Southern slavers, state's rights advocates, nation-builders, corrupt frontiersmen, and Anglophobes who argued over whether a gift from an Englishman should even be accepted. She also reveals the efforts of the unsung heroes, mainly former president John Quincy Adams, whose tireless efforts finally saw Smithson's curious notion realized in 1846, with a castle housing the United States' first and greatest cultural and scientific establishment. KEYWORDS: NINA BURLEIGH STRANGER STATESMAN JAMES SMITHSON JOHN QUINCY ADAMS AMERICA AMERICAN HISTORY UNITED STATES SMITHSONIAN MUSEUM AMERICANA

Title: The Stranger & the Statesman: James Smithson, John Quincy Adams, and the Making of America's Greatest Museum: The Smithsonian 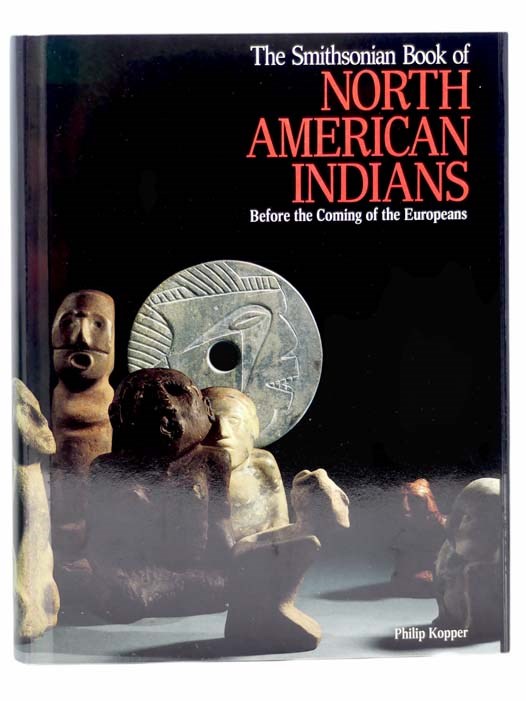 The Smithsonian Book of North American Indians: Before the Coming of the Europeans

The Smithsonian Book of North American Indians: Before the Coming of the Europeans