On Plays, Playwrights, and Playgoers: Selections from the Letters of Booth Tarkington to George C. Tyler and John Peter Toohey, 1918-1925

No jacket, pencil marginalia. 1959 Hard Cover. vi, 100 pp. Ranging from March, 1919, to November, 1921, the major portion of the collection was sent to John Peter Toohey, who worked as publicity agent for George C. Tyler, producer of many of Tarkington's most successful plays. Toohey was just beginning his career as a fiction writer, and the collection not only presents Tarkington's friendly advice to a young author but also covers the period of his most significant development as playwright. During the war years, demands for a new realism in the American theatre motivated the change from the theatrical, situation-centered play to the psychological, character-centered drama. As a successful playwright in the Old School (The Man from Home, 1908) and faced with the new attitude, Tarkington, as comic dramatist, eventually arrived at his own answer: the shaping of an actor into a dramatic character. On Plays, Playwrights, and Playgoers—as edited by Professor Downer—successfully describes Tarkington's dramatic approach. The following actors formed the bases for plays created during this period from 1918-1925: Alfred Lunt, Clarence (1919); George Arliss, Poldekin (1920); Helen Hayes, The Wren (1921); Billie Burke and Lunt, The Intimate Strangers (1921). In addition to Tarkington's growth as playwright, the collection reveals a dynamic image of Tarkington the man: trenchant, shrewd, witty. Now and again he aptly described the various techniques of the novel, stage play, film; and he rarely hesitated to flay his critics. For example, H. T. (Hell-To-Pay) Parker of the Boston Evening Transcript was that horrible self-puffed bag of noise in Boston (p. 36). Although he understood the necessity of audience appeal-a play's got to be popular or it's only a script in a cupboard (p. '75)-he once suggested that films were done for morons (p. 92). Throughout the collection, Tarkington's acute observation extends even to himself and demonstrates his innate sense of proportion and humor. When Helen Hayes visited the Tarkingtons in Maine during the writing of The Wren, the playwright described his own behavior as that of a nervous old hen with a young and irresponsible duckling-especially when she went in the surf (p. 78). Thus, On Plays, Playwrights, and Playgoers provides an informative and entertaining study of Booth Tarkington, Indiana playwright.

Title: On Plays, Playwrights, and Playgoers: Selections from the Letters of Booth Tarkington to George C. Tyler and John Peter Toohey, 1918-1925

Some Old Portraits: A Book About Art and Human Beings 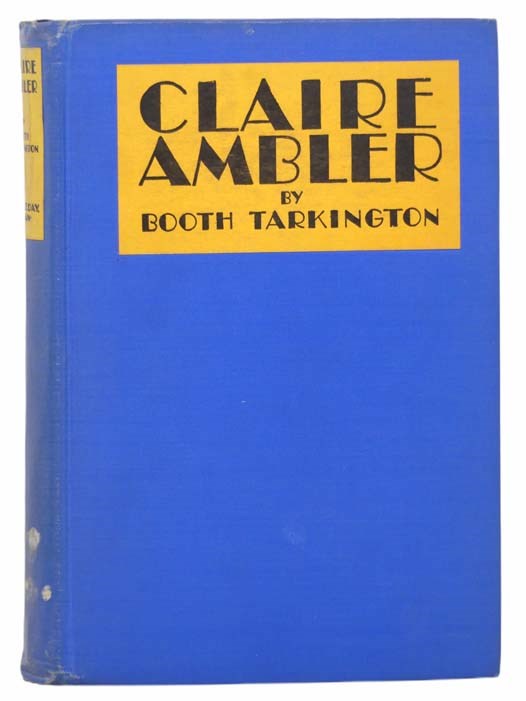 On Plays, Playwrights, and Playgoers: Selections from the Letters of Booth Tarkington to George C. Tyler and John Peter Toohey, 1918-1925