Signed by Orit Raff without inscription on title page. 2005 Large Hardcover. 76 pp. A collection of work by the prominent Israeli photographer, focusing on bakeries as a metaphor for the cycle of life and death. Reproductions of color photographs throughout. Orit Raff creates photographs of environments described in novels with cultural, sociological and political aspects. Like a fictional photojournalist, she gathers in these sites information that crosses cultures, locations and periods, and enables her to discuss the medium of photography and its complex relations with the world of phenomena and its documentations. Using the protagonists of her chosen novels, their theoretical ideas and their references to well-known philosophers, and through her unique technique of constructing the photographs, without a process of photography, Raff offers new possibilities for the ongoing discourse of simulation and its reference to reality, to imagination and to fiction. The fictional photographer represents a hybrid genre of photography that combines pure documentary photography with carefully staged photography, in a process that does not require a camera yet mimics a photographic site strongly related to the act of photography. Added to Raff’s extensive research of periods, locations and relevant design and architectural styles are long hours, days and months of building the environments with the assistance of architects and 3D-imaging specialists. - l'Oeil de la Photographie Orit Raff attended Bezalel Academy for Arts and Design in Jerusalem, graduated cum laude from the School of Visual Arts in New York, and participated in the Independent Study Program of the Whitney Museum of American Art from 1998-1999. In 2003, she completed an MFA at Bard College. Raff creates spare photographs, installations, and video works, which suggest intimacy and the private self. Raff created her earliest mature work, the White series (1997-1999), primarily within the domestic confines of the home. She intensified neutral objects such as a toilet bowl, bathroom drain, bed, bar of soap, and a mirror, by introducing clues about the body that occupies these spaces. She extends this theme of marks of absence in her following project Mobius Strip (2000), a compilation of images of indentations left on carpet and other surfaces in a recently vacated apartment which are imbedded into relief structures, suggesting the floor plan. The installation, Inside Drawing, combines images from elementary school with sculptural elements to evoke memories of our earliest experiences outside the home- and learning in a public place. A key element in this project was a series of old wooden desk tops with marks and inscriptions from generations of children’s’ scribbles. The starkness of Raff’s imagery links aesthetically links her work with the minimalist genre, but her references to common everyday life and objects also suggest a pop sensibility. In the late 1990s, Raff created two separate but related groups of works. The first– the freezers, a series of nine 40 x 50? “in your face” interiors of her antiquated freezer, evoke the Northern Romantic tradition of Caspar David Friedrich’s dramatic icy landscapes. The second project–a series of video images depict water in states of movement- in a steam room, Jacuzzi and swimming pool filter- the organic movement of the precipitation evoking associations with body functions. Her project “Insatiable” with the subject of bakeries as metaphor for life and death cycles has been shown in Israel, New York and Rochester and is accompanied by an artists’ book. Raff’s work has been exhibited widely in Europe, Israel and the United States. She currently lives in Tel Aviv with her husband and daughter. - America-Israel Cultural Foundation

The Columbian Portfolio of Photographs of the Worlds Fair

The Barn: A Vanishing Landmark in North America

The Soviet Image: A Hundred Years of Photographs from Inside the TASS Archives 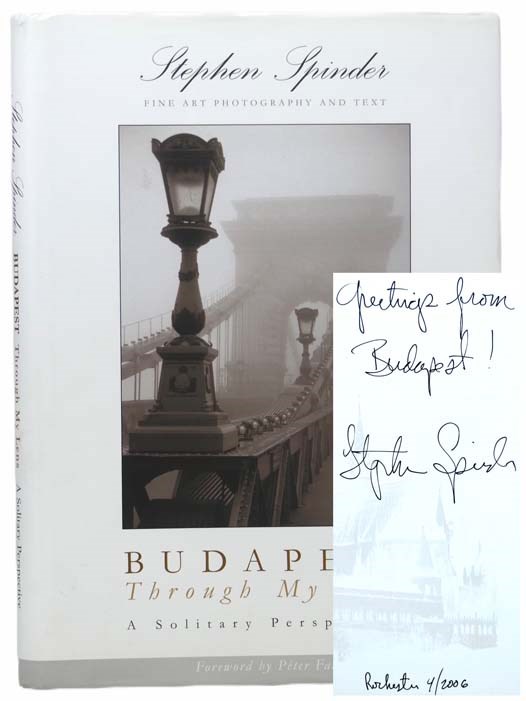 Budapest through My Lens: A Solitary Perspective