Bloodsworth: The True Story of the First Death Row Inmate Exonerated by DNA

1st printing. Top page edges at rear of book faintly stained. Jacket lightly stained. 2004 Hard Cover. 294 pp. Charged with the rape and murder of a nine-year-old girl in 1984, Kirk Bloodsworth was tried, convicted, and sentenced to die in Maryland’s gas chamber. From the beginning, he proclaimed his innocence, but when he was granted a new trial because his prosecutors improperly withheld evidence, the second trial also resulted in conviction. Bloodsworth read every book on criminal law in the prison library and persuaded a new lawyer to petition for the then-innovative DNA testing. After nine years in one of the harshest prisons in America, Kirk Bloodsworth was vindicated by DNA evidence. He was pardoned by the governor of Maryland and has gone on to become a tireless spokesman against capital punishment. 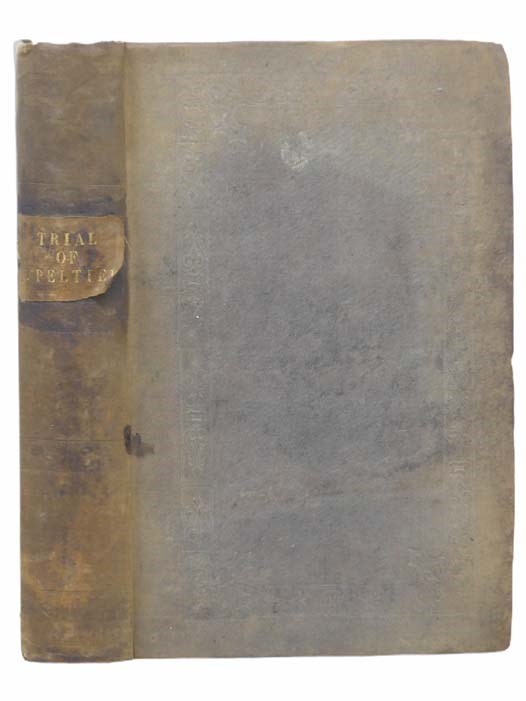 The Trial of John Peltier, Esq. for a Libel against Napoleon Buonaparte, First Consul of the French Republic, at the Court of King's-Bench, Middlesex, on Monday the 21st of February, 1803.

The Capture, the Prison Pen and The Escape, Giving a Complete History of Prison Life in the South, Principally at Richmond, Danville, Savannah, Charleston, Columbia, Bells Isle, Millin, and Andersonville: Describing the Arrival of Prisoners, Plans of Escape, with Numerous and Varied Incidents and Anecdotes of Prison Life, Embracing Also, The Adventeures of the Author's Escape from Columbia, S.C., Recapture, Subsequent Escape, Recapture, Trial as Spy, and Final Escape from Sylvania, Georgia

Oscar Wilde's Last Stand: Decadence, Conspiracy, and the Most Outrageous Trial of the Century

A Book of Remarkable Criminals

The Trial (The 100 Greatest Books of All Time)

Bloodsworth: The True Story of the First Death Row Inmate Exonerated by DNA