First edition. Signed by author without inscription. Near fine. Near Fine. 2000 Hard Cover. We have more books available by this author!. 357 pp. In her most ambitious work sinceIn the Time of Butterflies, Julia Alvarez tells the story of a woman whose poetry inspired one Caribbean revolution and of her daughter whose dedication to teaching strengthened another. Camila Henriquez Urena is about to retire from her longtime job teaching Spanish at Vassar College. Only now as she sorts through family papers does she begin to know the woman behind the legend of her mother, the revered Salome Urena, who died when Camila was three. In stark contrast to Salome, who became the Dominican Republic's national poet at the age of seventeen, Camila has spent most of her life trying not to offend anybody. Her mother dedicated her life to educating young women to give them voice in their turbulent new nation; Camila has spent her life quietly and anonymously teaching the Spanish pluperfect to upper-class American girls with no notion of revolution, no knowledge of Salome Urena. Now, in 1960, Camila must choose a final destination for herself. Where will she spend the rest of her days? News of the revolution in Cuba mirrors her own internal upheaval. In the process of deciding her future, Camila uncovers the truth of her mother's tragic personal life and, finally, finds a place for her own passion and commitment. Julia Alvarez has won a large and devoted audience by brilliantly illuminating the history of modern Caribbean America through the personal stories of its people. As a Latina, as a poet and novelist, and as a university professor, Julia Alvarez brings her own experience to this exquisite story. Julia Alvarez (born March 27, 1950) is a Dominican-American poet, novelist, and essayist. Alvarez rose to prominence with the novels How the Garca Girls Lost Their Accents (1991), In the Time of the Butterflies (1994), and Yo! (1997). Her publications as a poet include Homecoming (1984) and The Woman I Kept to Myself (2004), and as an essayist the autobiographical compilation Something to Declare (1998). Many literary critics regard her to be one of the most significant Latina writers and she has achieved critical and commercial success on an international scale. Born in New York, she spent the first ten years of her childhood in the Dominican Republic, until her fathers involvement in a political rebellion forced her family to flee the country. Many of Alvarezs works are influenced by her experiences as a Dominican in the United States, and focus heavily on issues of assimilation and identity. Her cultural upbringing as both a Dominican and an American is evident in the combination of personal and political tone in her writing. She is known for works that examine cultural expectations of women both in the Dominican Republic and the United States, and for rigorous investigations of cultural stereotypes. In recent years, Alvarez has expanded her subject matter with works such as In the Name of Salom (2000), a novel with Cuban rather than solely Dominican characters and fictionalized versions of historical figures. In addition to her successful writing career, Alvarez is the current writer-in-residence at Middlebury College. Keywords: JULIA ALVAREZ AMERICAN LITERATURE LATIN AMERICAN LITERATURE IN NAME OF SALOME CONTEMPORARY FICTION

Title: In the Name of Salome: A Novel 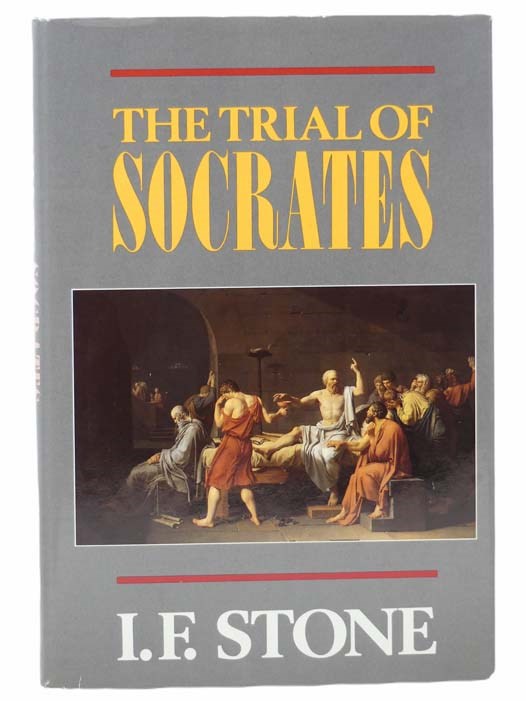 The Trial of Socrates