First English language edition. Tiny ding on rear board, boards lightly rubbed, spine lightly foxed, ink names on front endpapers. 1956 Large Hardcover. 74, [1] pp. Tipped in glossy photographic illustrations reproduced from scenes in the 1955 Disney / True-Life Adventure film of the same name. Photography by Alfred & Emma Milotte, who spent three years on location to complete this project. The film won the Silver Bear Award at the 6th Berlin International Film Festival. The book was designed by Armand A. Bigle and produced by Marc Barraud from the original French language edition 'Walt Disney Lions d'AFrique.' Printed in Geneva and Lausanne, Switzerland. This work is important for a number of reasons: as an artifact of early American efforts in documentary nature films; as a piece of Walt Disney memorabilia; as evidence of early conservation efforts; and as a notable example of book design, and of tipped-in photographs in particular. While we found between two and three dozen copies in institutional holdings, this title appears to be rather scarce in the trade.

The Book of Heavenly Death (by Walt Whitman, Compiled from Leaves of Grass) 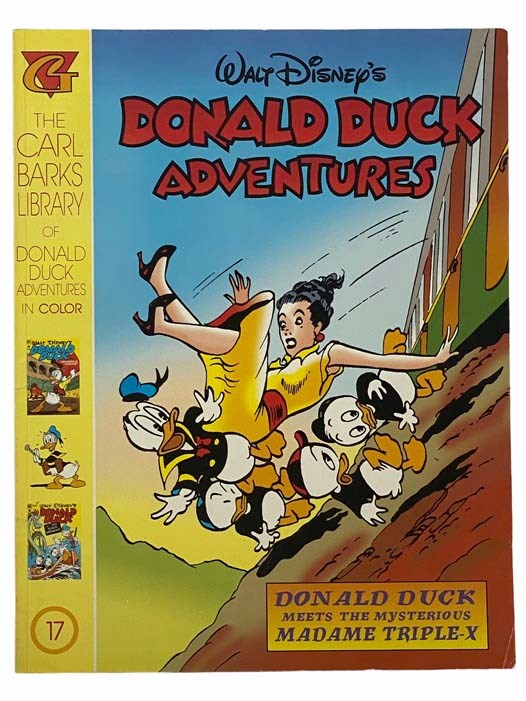