Lacks jacket. Boards lightly rubbed. 1917 Hard Cover. 386 pp. Beautifully illustrated by Harvey Dunn. Harvey Thomas Dunn (March 8, 1884 – October 29, 1952) was an American painter. He is best known for his prairie-intimate masterpiece, The Prairie is My Garden. In this painting, a mother and her son and daughter are out gathering flowers from the quintessential prairie of the Great Plains. Eugene Manlove Rhodes (January 19, 1869 – June 27, 1934) was a writer who was nicknamed the cowboy chronicler. Rhodes was born in Tecumseh, Nebraska. He moved to New Mexico with his parents in 1881 and fell in love with the state. By age sixteen, he was an accomplished horseman and stonemason and road builder. He helped build the road from Engle, New Mexico, to Tularosa, New Mexico. Rhodes was an avid reader, and he was mostly self-educated in his youth. In 1888, he studied at the University of Pacific in California. He began publishing anonymous works in the college newspaper. In 1890, he was unable to continue his studies due to financial problems. His first non-anonymous work was the poem Charlie Graham. In 1899, Rhodes married May Louise Davison Purple, a widow with 2 sons. He spent the next two decades away from New Mexico. He published seven novels during this time. He and his wife returned to New Mexico in 1926. They spent less than a year living in Santa Fe. After that they lived in Alamogordo. When they could no longer afford rent there, Albert Bacon Fall gave them a house at White Mountain near Three Rivers, New Mexico. In 1930, Rhodes's poor health forced him to move to Pacific Beach, California. He died four years later and, per his request, he was buried in the San Andres Mountains. He published ten books between 1910 and 1934. Most of his works were published in newspapers and magazines before they were published individually. Despite his literary success, he was not financially successful. Alamogordo Public Library holds a collection of books, correspondence, clippings, magazines, and original manuscripts related to Rhodes. The library's Eugene Manlove Rhodes Room houses this collection and the library's other Southwest books. -

All for the Union: The Civil War Diary and Letters of Elisha Hunt Rhodes

The Ladies' Man: A Novel 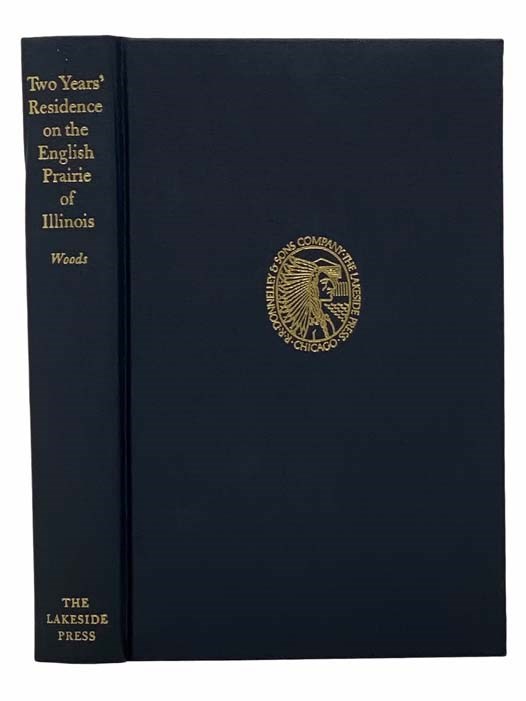 Two Years' Residence on the English Prairie of Illinois (The Lakeside Classics, Vol. 66)